The Doctors: Boy Suffers Hundreds Of Seizures A Day

The Doctors discussed the idea of having to watch your child struggle with seizures, and how devastating it must be. For one mom, Kim, she’s had to watch her son Cayden struggle with 300 seizures every day.

During Cayden’s birth, he got stuck in the birth canal and struggled to receive enough oxygen. When Cayden’s parents took him to see a neurologist, they showed him the “pose” he often made with his body and they were told that it was actually an infantile spasm. By 2 months old, he had his first grand mal seizure, where his arms were be thrown over his head, his eyes would lock, he would let out a loud scream, up to 200 times a day. First, he was prescribed a drug for epilepsy and the second treatment was a steroid treatment that helped for a little bit but then stopped working and caused him to gain a lot of weight. 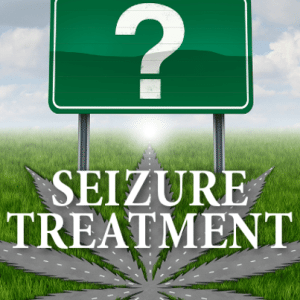 The Doctors talked about the little boy who suffers from hundreds of seizures a day, even after undergoing a lobotomy. Could medical marijuana help him? (Lightspring / Shutterstock.com)

The side effects have been so bad from the medicines that at one point he stopped being able to walk. Kim explained that the seizures began to progress, and he was having drop attacks, that made it look like he was hit in the back of the head and knocked to the floor. Cayden has suffered from seven broken noses, several broken eyes, and he’s had to wear a helmet with a thick Plexiglass face plate.

Their physician recommended that he have surgery. The right frontal lobectomy was what they were told were help their son. It stopped the drop attack seizures but the rest of the seizures continued. Within a week and half, the poor little boy suffered a stroke which created a new type of seizure they had never seen before. Even after the lobotomy, Cayden was still suffering from hundreds of seizures a day.

Cayden’s parents basically had to accept the fact that their son was going to die from the seizures.

The Doctors: Medical Marijuana For Seizures

Dr. Travis Stork sat down with Kim to find out what treatment finally ended up working to improve her son’s struggle with severe seizures. That treatment? Medical marijuana. Kim explained that she got a lot of negative reactions and was even overwhelmed at the thought of her 10-year-old son using medical marijuana.

Kim shared that her husband is a 26-year veteran of the Atlanta police department and he’s in charge of keeping all the seized drugs safe.

Dr. Stork shared some of the differences her son has experienced, showing Cayden before and after. Kim shared that she is able to see her son and get to know him for the first time. Kim said some of the things they do with him may seem small to other people, but they’re huge to her and her family. They can even play ball with Cayden now.

The Drs TV: Medical Marijuana + What Is CBD?

They are now working at an 85-90% reduction in seizures. That’s incredible! Dr. Stork pointed out how the family had to move to Colorado in order to be able to administer medical marijuana to Cayden. Dr. Stork also showed that the medical marijuana that is administered to Cayden is not the same as the marijuana you may be thinking of. It’s a form of marijuana where the THC is minimized to where he’s not getting “high”, but it has an incredible effect. Dr. Stork held up the bottle of the liquid medicine that Cayden is administered and it looks to me like normal medicine.

Medicinal marijuana is not about the high, but there is still resistance because people don’t fully understand how it works. There’s very little THC and more of what is called CBD, which is a compound found in the medicine that is helping Cayden’s seizures. Dr. Jim Sears said he even sees it as a different compound since it doesn’t give you the “high.” He said he wishes that maybe medical establishments could start recognizing that compound as something different.

The Doctors: Should Medical Marijuana Be Available Everywhere?

Dr. Sears also shared that the medicine is very hard to get, and Kim said they were on a wait list. She said they moved to Colorado Springs and then waited for three months before they finally got started. Kim said that in the U.S., right now it depends on your ZIP code for whether your child can try the “life saving treatment.” She said she believes it shouldn’t be like that.

Kim also shared that if she were to fly somewhere like Georgia, where they have strict laws against marijuana, they’d be committing a felony. She’s be arrested as a drug trafficker. Chris, Kim’s husband, joined the show via Polycom from Atlanta, Georgia. Chris said it’s been an amazing transition to see what has happened with his son. He said his whole thought process was that he wasn’t going to give marijuana to his son, but he looked at all the studies and research done on the drug used for medicinal purposes. He said there’s so many benefits for people suffering epilepsy as well as other medical problems.

Dr. Stork said doctors across the country need to open up their minds to the possibility of prescribing medical marijuana.