Tameka is a patient of Dr Masterson’s who was expecting her third child when she made a pregnancy video diary for The Doctors August 24. Tameka explained that this baby was an unplanned “pleasant surprise,” and that her older children are sixteen and twelve. We followed Tameka through some of her visits with Dr Masterson and her delivery at Cedars-Sinai Medical Center. When she was reaching her due date, Tameka revealed that she was exhausted from lack of sleep, but very excited for her new baby girl to arrive. Tameka eventually gave birth to her beautiful daughter, Rylan.

The Doctors: Should You Ever Wake a Sleeping Baby?

Tameka, her husband, and baby Rylan joined The Doctors in studio August 24. Since it’s been quite some time since Tameka has had a newborn at home, she had a couple of questions for Dr Masterson and Pediatrician Dr Jim Sears. Tameka asked Dr Sears if she should be waking up Rylan to feed her or change her during the night. 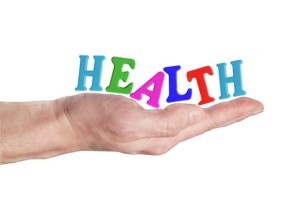 Tameka shared her pregnancy diary and had her questions answered on The Doctors August 24.

Dr Sears said that the old adage that you may have heard from your grandmother to “never wake a sleeping baby” still holds true. He suggested that Tameka let Rylan sleep for as long as she wants to. If Rylan is hungry, she will probably wake up on her own. However, be sure to change a newborn who has just woken up right away, because the dirty diaper that they have likely been wearing for quite some time can be irritating.

The Doctors: Tubal Ligation Vs. Vasectomy

Tameka and her husband have three children, and they feel like that is enough for them, so they wanted to know about their options for permanent birth control. Which is easier: a tubal ligation for the woman or a vasectomy for the man?

Dr Masterson explained that it’s far easier for a man to get a vasectomy, as it’s just a simple office procedure. Dr Sears had one, and said that all it means is a couple of days off watching movies on the couch. For a woman, a tubal ligation is a far more complicated procedure. Inside of the body, a doctor will cut and then tie the passageway in which the sperm and egg find each other. However, for those who do decide on tubal ligation, make sure that you’re not going to regret it; a reversal is possible, but not very likely.