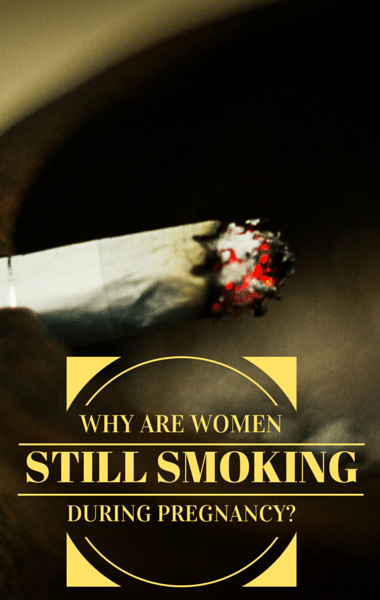 If you are even thinking about getting pregnant, it’s time to quit. The Doctors shared images that show the effects of smoking on a fetus. (dionhinchcliffe / flickr)

The Doctors shared that In-Vitro Fertilization (IVF) has given millions of couples the chance to have a baby, but new research has found a possible association with autism. A new Columbia University study found that children conceived with infertility treatments were twice as likely to develop Autism. It’s the largest study of its kind, involving nearly 6 million children born from 1997 to 2007, ranging from IVF to artificial insemination and surrogacy.

The Doctors welcomed Dr Marc Siegel, a Fox News medical correspondent, who explained that anytime autism is brought up, there’s shock value. He said IVF is extremely helpful, and during the process they actually look at the genetics of the egg, so there is less of a chance of a problem. He said it’s about how many embryos you should put in at a time, because with multiple embryos and multiple births, there’s a higher risk of complications. The environment may play a role in autism, but we still need more research.

The Drs: Complications From IVF

Dr Jennifer Ashton said when you look at alternative reproductive techniques like IVF, it’s difficult to evaluate outcomes. You don’t know whether it’s the in-vitro process that can introduce harms, or what’s causing the infertility in the first place. She said association is not causation. We still don’t know the “why” after this study. She also shared that it is known that there is a higher chance of problems when two or more embryos are implanted at the same time, which is why there is a big push for doing just one.

Dr Siegel said that men over age 50 could have an increased risk of problems as well when it comes to reproduction and fertility. Do you think this study is enough to make people think twice before considering fertility treatments?

The Drs: Smoking During Pregnancy

The Doctors then shared images from an ultrasound, and explained that it shows the fetus in a bit of distress because the hands are covering the face and there is a lot of oral movement. They then shared images of a different ultrasound that shows a more relaxed baby without a lot of movement. The difference is that in the first images, the mother is smoking, and the second mother isn’t.

“If there is one pregnant woman in this country smoking, that is one too many,” Dr Ashton said. “It’s a miracle when things go right” so you shouldn’t “stack the deck” in making them go wrong, because smoking does that. Nicotine crosses through the placenta and it has severe consequences. Those kids end up growing up with learning difficulties and hyperactivity. Dr Siegel sad 10% of pregnant women are still smoking.

The takeaway is that if you’re even thinking about becoming pregnant, quit before you do. Dr Rachael Ross said nearly 60% of women who do smoke will stop when they become pregnant.

The Doctors then shared a possible explanation for the different types of curves on women and why men love them. A new study out of the University of Texas at Austin had men rate the attractiveness of female butts of all shapes and sizes. The most popular bum was one with a 45-degree curve from the lower spine to the buttocks, regardless of size.

Dr Siegel said when you’re pregnant and carrying a fetus, you need more flexibility of your spine in order to balance the weight. Similarly, women are more attracted to men who are larger like cave men. Dr Ross explained that the philosophy is that if women have a little more curves and a little more fat there, during times of famine, she’s going to be okay and has extra energy to burn. Plus, she would be more fertile.

Dr Ashton said you can’t tell by looking at a woman what her internal pelvis is like. Dr Stork said it really makes you think back to your ancestors. What do you think it is about curves on women that men love?