Kim Kardashian and Kanye West welcomed their second child, but according to sources, the birth wasn’t an easy one. Allegedly Kim Kardashian was diagnosed with a placenta condition called Placenta Accreta. Normally the placenta sits inside the uterine cavity and after the delivery it detaches and comes out. Accreta means the placenta and its blood vessels bury itself into the uterine cavity wall, making it difficult to detach, which could cause a hemorrhage or even call for an emergency hysterectomy. It happens in about one in every 2,500 pregnancies which means it’s practically a medical emergency and all medical professionals need to be prepared.

The Doctors: Santa’s Message To Boy With Autism 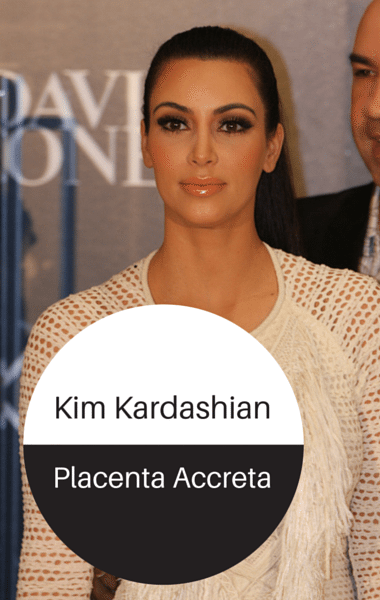 The Doctors explained the serious medical condition Kim Kardashian was allegedly dealing with during the delivery of her second child. (evarinaldiphotography / Flickr)

The Doctors then moved on to talk about the holidays, sharing the story of a young boy named Landon who was worried that his Autism would put him on the naughty list. Landon and his mom joined the show, and Landon explained that he told Santa he had Autism. Santa told him it’s okay to be yourself and Santa then had a very special message for Landon, telling him to be in bed on time on Christmas Eve and to have a very Merry Christmas!

The Doctors surpried Landon with a bunch of Lego toys just in time for the holiday.

The Doctors: Whip/Nae Nae Dance While In Labor

Next, The Doctors played a video of a very pregnant woman doing Whip/Nae Nae while she was in labor and actually six centimeters dilated, in order to help with her contractions. She then had an updated video of her doing the same dance with her newborn baby girl. Akilah joined The Doctors via Skype as Dr Ashton said it’s actually good to let gravity help with labor and dancing won’t hurt your baby. Dancing could even help speed things up a little bit. Dr Stork asked Akilah to teach Dr Andrew Ordon a few moves, and he showed a few that he already has. Johnson’s surprised the new mom with $1,000 to spend on new baby products.

Dr Ordon then put on sunglasses, which was the word of the day. Enter the word sunglasses on The Doctors’ website for a chance to a $100 gift certificate to Blenders Sunglasses.