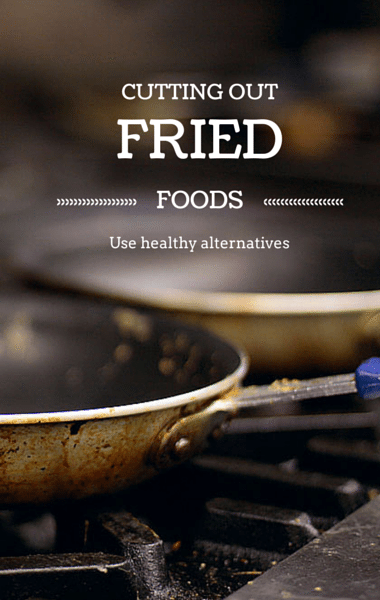 The Doctors checked in on Honey Boo Boo to see how her health has improved. Was she successful at replacing fried foods with healthier choices? (waferboard / flickr)

Previously, The Doctors hosted a health intervention for Honey Boo Boo and her mother Mama June. This time, they sent Dr Rachael Ross to check in on Alana at her home, to make sure the intervention was working. Alana weighed in at 125 pounds, which at 4’6″ put her into the obese category at just 9 years old. Dr Rachael asked Alana’s mother if she knew Alana had a weight problem before they came on the show and June said the pediatrician always said it was because of the steroids she had been on all her life.

Dr Ross said it’s a big misconception that when kids are on inhaled steroids for asthma, they gain a lot of weight. The reality is that the problem lied in Alana’s eating habits. Her nutritionist took away fried foods and replaced them with baked foods, and made sure Alana was getting the fruits and vegetables that she needed.

The Drs: Is Honey Boo Boo Getting Healthy?

The nutritionist and Dr Ross found that there were a lot of meals leftover from other weeks, which made them wonder if Alana was snacking on other foods that she shouldn’t have been snacking on. June said Alana isn’t very motivated, and it appears as if June isn’t exactly helping. The good thing is that Alana likes to ride her bike, which means she’s more active than she was before.

Alana created a “wall of health” where she posted motivating sayings like “be in motion” and “be healthy” to remind her of her goals. The Doctors shared that Mama June and Alana would be joining the show again soon to share their progress.

Do you think Alana and Mama June will reveal big changes, or are they headed down the same unhealthy path?

The Doctors shared a kids toy that can give you rock hard abs: a bouncy ball. There are all kinds of exercises that James Dupre demonstrated, than you can do using the medium-sized ball. Take the ball behind your lower back while in a seated position and simply lower your back down an inch, then back up an inch, as if you’re doing crunches.

You can also lay down flat on your back while holding the ball in between your ankles, and reach up toward the ball, again squeezing your abs. Also do leg raises while holding the ball between your ankles. At the end of the day, you want a strong core. “Strong” was the word of the day and you can use the word strong to enter for a chance to win a subscription to Daily Burn worth $120.

The Doctors shared their News in 2:00. A recent study found a dangerous component that is similar to amphetamines was in diet supplements. The Food and Drug Administration (FDA) issued a statement that said, in part, they would “consider taking regulatory action.” Consumer groups were surprised by the reaction to the ingredient that could potentially cause heart attacks, stroke, or even death. The FDA critics pointed out that some FDA officials had strong ties to the supplement industry.

One advocacy group said the FDA’s policing of the supplement industry was like “the fox guarding the henhouse.” After no action on possibly dangerous supplements, the FDA has just caused controversy by citing the word “healthy” on certain KIND snack bar labels. Supposedly, the amount of nuts in the snack bars exceeded the amount of saturated fats allowed by the FDA. Strict guidelines, although possibly outdated, can restrict certain foods from being called healthy. But supplements, whether true or not, can seem to make whatever claim they want.

The Doctors then shared that Pamela Anderson is working to transform America’s prison population into vegetarians. She made a stop at an Arizona jail to serve a vegan lunch to inmates. She’s a spokeswoman for PETA and said, “We’re saving a lot of lives and I think it’s very helpful and encouraging to get people to eat compassionately and make non-violent choices.”

By serving vegetarian meals, the warden estimates an annual savings of $200,000. Do you support Pamela’s work?

The Doctors then shared that your sleeve length can actually make you look thinner because of an optical illusion. Find a sleeve length that matches up with the narrowest part of your waist. If you want to avoid drawing attention to your waist, you can wear long sleeves. A sleeveless garment could actually be more flattering than a cap-sleeve shirt for the summer.