The Doctors invited recording artist, American Idol winner and Broadway star Jordin Sparks on the show to talk about losing weight and finding her triggers for migraines. Dr. Travis Stork said he had to hear her sing before he started talking about migraines. So Sparks belted out a beautiful rendition of “Amazing Grace.” 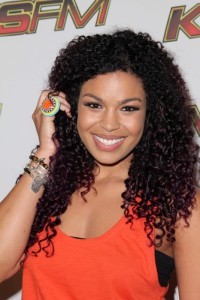 The Doctors invited Jordin Sparks on the show to talk about losing 50 pounds, being diagnosed with walking pneumonia and finding her migraine triggers. (s_bukley / Shutterstock.com)

After Sparks soothed everyone with her beautiful voice, The Doctors wanted to know how her life has been since winning American Idol. She said she has been extremely busy with acting in movies to singing on Broadway to recording her third album. But with her newfound fame, Sparks said she has been neglecting her health.

Sparks said her mother used to get really bad migraines when she was raising her.”They would be so bad she would have to lay down and everyone in the house would have to be silent,” she said. Apparently those migraines have been passed down to Sparks. She said she often times will get debilitating migraines but she is determined to not let them slow her down. Sparks said she uses a free online app called My Migraine Triggers to track the food she eats, the activities she does and other aspects of her life. After taking the  information the is inputted, the program is able to chart her information, allowing Sparks to see what could be triggering her migraines.

Dr. Andrew Ordon pointed out it can be useful for allergies as well. Printing off the charts from the app will help the doctor diagnose what could be causing the migraines or even help him determine what you could be allergic too. Doctors will be able to tailor treatments to your specific needs when they can see exactly what is happening. “There have been studies that have shown acupuncture can cure a migraine just as effectively as modern medicine,” Dr. Stork said.

Sparks went through quite the culture shock after American Idol, she said. She went from being a high school student to being on national television to working on Broadway. But it came at a price. While working on Broadway in 2010, Sparks said she was constantly tired and knew she needed to see a doctor when her throat started hurting really bad. After seeing the doctor, she was told she had walking pneumonia. “It was an ‘ah ha!’ moment for me,” Sparks said.

From that day on she began taking better care of herself. She started walking more often, went for jogs when she has time and she changed her eating habits. And since that day two years ago, she was able to lose 50 pounds and keep it off. “People come up to me all the time saying I inspired them and wanting to know how to keep the weight off,” Sparks said. “I kept it off for two years by sticking with it day by day.”

She also said she gets motivation from a quote she once read. “This picture of a person on a treadmill said ‘there is a person on a treadmill somewhere who is busier than you are,'” Sparks said. That motivated her to keep working hard at keeping her weight low. If you want to see more of Jordin Sparks you can catch her in a new movie with Jennifer Hudson called The Inevitable Defeat of Mister Pete.