The Doctors TV Show was promoting The 17 Day Diet by Dr Michael Moreno today.  They also answered some weight loss questions on The Drs TV Show including things like Why Do Men Lose Weight Faster Than Women?  And what is wrong with a Starvation Diet to lose weight quickly?  Also, why is belly fat or Visceral Fat so dangerous?  And what are the Foods That Fight Fat?

The Doctors said that there is a right and a wrong way to lose weight – Starvation Diets are the wrong way.  People who drink 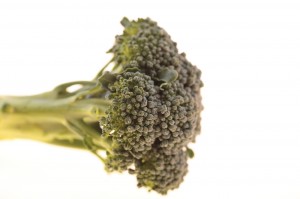 water with syrup in it will lose a lot of weight quickly, but it is not safe.  Dr Phil McGraw said that it is unhealthy both medically and psychologically because you will get bored and feel deprived, and that is when you will rebel and binge in the other direction.  If you go into starvation mode, your body does not function correctly.  Plus, Dr Mike Moreno said that when you go on a Starvation Diet, your body responds by starting to store fat.  Dr Travis Stork said that having a competitive mindset about “losing the most the fastest” is not the right approach.  Like a lot of things in life, slow and steady often wins the race!

The Doctors: Why Do Men Lose Weight Faster Than Women?

Dr Lisa Masterson said that men lose weight faster than women partially because of hormones.  Estrogen is a promoter of fat and women have more estrogen than men in order to produce our periods and to help us have babies.  Men, on the other hand, have more testosterone than women, which promotes muscle, which in turn speeds up their metabolism.  Therefore, it is not so much that hormones cause men to lose weight quicker than women as it is that the muscle to body mass ratio is larger in men, often leading to more rapid weight loss.

The Doctors asked Why is Belly Fat So Dangerous?  Women and men carry excess weight around their belly.  This is called Visceral Fat and it surrounds organs and can cause awful things including Diabetes, Heart Disease, and Metabolic Syndrome.  Visceral Fat is inflammatory and secretes substances throughout your body.  Subcutaneous Fat is the fat near the surface that you can pinch.  Foods that make you gain belly fat or Visceral Fat include junk food like cakes, doughnuts, ice cream with fudge, and buttered popcorn.  Let’s cut down on those foods in 2010!

The Doctors: Foods That Fight Fat

The Doctors said that if you eat better foods that come from the ground and naturally occur, like fish, berries, apples, kale, broccoli, and asparagus, you can shrink your fat cells.  You never lose fat cells, but when you lose weight the same number of fat cells decrease in size so you looks smaller.  Of course you need to exercise and have a healthy lifestyle in order for any of these Fat Fighting Foods to help!