The 10 people competing in The Doctors TV Show 17 Day Diet Challenge are the following individuals.  Amanda is a 21 year old 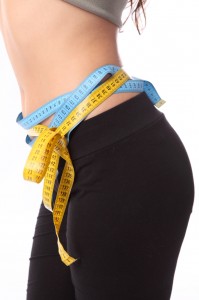 who is overweight, angry and depressed.  Amanda is participating along with her best friend Kristina.  Contestant number three is Tom who is a stay at home father.  Then there is Chanel, a fashion photographer, Tracy who played for the NBA for years, and Joni who is an emotional eater who loves fast food.  The only husband – wife couple are Clint and his wife Kim who says that Clint likes her plump because in Trinidad they love “thick” women.  And the final two competitors are Brad, a former college football player who now weighs 450 pounds, and Bekki, a former real-life Barbie Doll, whose life fell apart when she put on weight.  The teams were initially announced on the Dr Phil Show and Joni even cried out of happiness for being selected!

As with every contest, there has to be some rules and guidelines.

1.  Dr Jim Sears said that there will only be one winning team who will be selected based on having the highest percentage of total combined weight loss after the full three cycles of The 17 Day Diet.

2.  Dr Lisa Masterson said that there will also be an individual winner based on the person with the highest percentage of his or her weight lost during the 17 Day Diet Challenge.

3.  Dr Andrew Ordon said that all weight loss must occur from using The 17 Day Diet and exercise – no liposuction or tummy tucks allowed.  Since Dr Phil McGraw is not a plastic surgeon, Team Doctors would have had an upper hand by having Dr Drew on it’s team!

4. Dr Travis Stork said that, in the end, everyone should remember that the most important thing is that everyone improves their health.