The Doctors invited Dr Phil McGraw to their show to talk about sticking to New Years resolutions and finally getting healthy. In his new book The 20/20 Diet, Dr Phil shares his tips to programming yourself for success, and The Doctors spoke to a few people who credit Dr Phil for finally achieving success in their own lives.

The Doctors heard from a man who shared that at his heaviest, he weighed 322 pounds, while one woman shared that she was 175 pounds at her heaviest. Both of them made resolutions to lose weight and eventually hit bottom until they found The 20/20 Diet with delicious, doable foods and recipes. Since starting the diet, both of them have lost 40 pounds each.

The Drs: Are You Constantly Hungry? 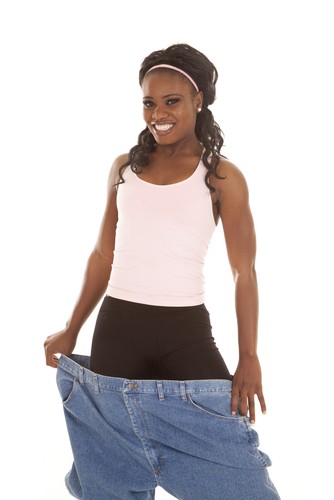 The Doctors shared success stories from The 20/20 Diet and then helped one woman start her weight loss journey by explaining the three types of hunger. (Alan Poulson Photography / Shutterstock.com)

The Doctors then heard from a different woman who is ready to make a change and start the new year off right. She is 5’6″ and weighs 195 pounds. She said her biggest issue is that she’s constantly hungry. She feels like she’s never satisfied, no matter what or how much she eats. She even revealed that a year and a half ago, she had lap band surgery thinking it would help, but she was still starving just two days after her surgery.

Her name is Becky and The Doctors welcomed her to the show. Dr Travis Stork explained that because Becky had the lap band surgery, it’s supposed to make her stomach smaller, which address portion control. Dr Phil said the way Becky continues to eat constantly even after the lap band surgery is like an alcoholic having a lot of little beers.

The Drs: Three Types Of Hunger + What Is Physical Hunger?

Dr Phil then explained that there are three kinds of hunger. There’s physical hunger, mind hunger, and then habit hunger. He said that Becky is eating for reasons other than nutrition. The key to losing weight is understanding and responding to physical hunger.

Dr Stork explained that what happens when you haven’t had a meal for a couple hours is that you’ll notice a drop in your blood sugar and your stomach empties, producing a hormone called ghrelin. Ghrelin tells your brain, “hey, I’m hungry.” Your hypothalamus then gives your body the signal that you need to eat. Understanding that can lead to weight loss success, but all too often people are responding to emotional or habitual hunger instead.

Dr Phil explained that if you’re telling yourself you’re hungry when you’re not, you have to go and do something else incompatible with eating, like jogging, laundry, or visiting with a friend. He also explained that when you do eat, you should slow down and chew your food. You should chew each bite for at least 30 seconds. He explained that it takes times for your brain to register that you’re full, so slowing down is key.

Dr Phil then said you also have to revamp your sleep, saying that people who sleep less than seven hours a day eat more than people who don’t. Part of the reason is that they’re awake more so they have more of an opportunity to eat. You should also turn off your screens, saying that if you watch a 30-minute show, you actually eat less than if you’re watching an hour-long show, because you tend to watch as long as the stimulus is there. Plus, research has shown that the blue lights in television screens cause us to eat more.

He also suggested brushing your teeth, pointing out how bad food tastes after brushing your teeth. He explained that his book, The 20/20 Diet, means not only the 20 foods for 20 days, but also having 20/20, or clear vision, about your goals. He said if Becky follows his plan, she will not be hungry and she will not fail. He said they were going to “track her like a wolf in the woods,” because one part of making a goal is having accountability.