The Doctors: How To Fix An Upset Stomach

The Doctors talked to Angelica, who said she used to have a lot of energy and was very active. That’s when she started having a lot of stress at work and having strong belly aches. She’s been to 7 doctors. She has bloating, constipation, and sometimes terrible diarrhea. She’s gained about 30 pounds. She said she’s afraid to eat anything because she can have horrible stomach pains afterward. It’s also affecting her intimate life with her husband.

The Doctors: What Causes Upset Stomach? 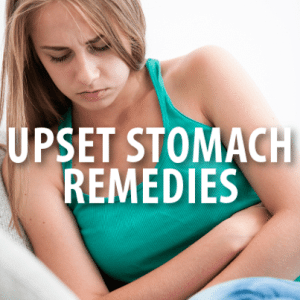 The Doctors talked about ways to fix an upset stomach and end bloating, including having a high fiber diet, drinking water, and having plenty of exercise. (Alexander Raths / Shutterstock.com)

Dr. Jorge Rodriguez, better known as Dr. Disgusting, came on The Doctors to talk to Angelica and get to the bottom of her problem. Dr. Disgusting said that there are two organs in the body that have to move all the time: the heart and the intestine. When we get anxious and scared, the heart beats faster on its own. The intestine is the same way. It has muscles that are supposed to move in waves to push down stool, but sometimes it clamps down hard. Dr. Disgusting explained that when you have fiber in your diet, it’s harder for the intestine to clamp down as hard or as deep. So he said he thought she was having an abnormal movement of the intestines.

The Doctors: Treatment For Upset Stomach

Dr. Rodriguez said that Angelica should be on a high fiber diet with a lot of water and exercise. He said it’s important to bulk up the stool and that it should float when you go to the bathroom. He said it’s important to start everyday with some sort of fiber supplement so that you don’t have to worry about it for the rest of the day. He said you should also exercise more with something that relaxes her. Yoga or meditation or walking. Dr. Rachael suggested that Angelica and her husband “kiss more.” Dr. Jennifer Berman said that she’s had plenty of patients with irritable bowel syndrome and they’ve been cured by reducing stress through meditation and other things that let their brain take a rest from all the stressful thoughts. She said that the mind-body connection is critical. Dr. Travis said that the mind-body connection is a real thing. He added that all of these things can help anyone with bowel issues a lot.