The Doctors: Tarek From “Flip or Flop” Thyroid Cancer 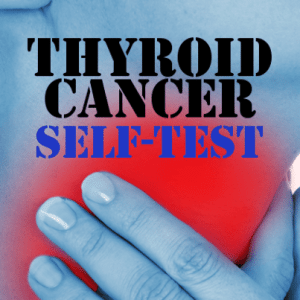 The Doctors spoke with Tarek from HGTV’s “Flip or Flop” about his surprise cancer diagnosis, and also demonstrated how to perform a thyroid self neck check.

The Doctors shared information on detecting diseases before they strike. In the case of Tarek from the HGTV series Flip or Flop, he needed a bit of help from a kind stranger. After receiving an email from a registered nurse in Texas, Tarek was shocked to be diagnosed with thyroid cancer.

Tarek and his wife Christina star on the HGTV series Flip or Flop. Ryan Reid, a registered nurse from Texas, happened to be watching a marathon of the show when she noticed a lump in Tarek’s neck. Suspecting it might be something harmful, she wrote an email to Tarek, who immediately made an appointment with his doctor.

Christina explained that her husband later entered what was supposed to be an hour-and-a-half surgery. After four hours, doctors told her that Tarek had thyroid cancer. Since Tarek was 31 years old at the time, he never imagined or suspected he could be diagnosed with cancer.

Now Tarek, 32, has begun radioactive iodine treatment. He has a large scar on his neck from the surgery, but has responded to his treatments well. He stressed that had it not been for Ryan Reid’s email, he never would have known he had cancer. “She’s an amazing, amazing woman,” Tarek said.

While they had texted back and forth, Tarek and Ryan had never met—until now. The Doctors were thrilled to unite Tarek and Ryan on stage, and they were just as thrilled to finally meet each other in person. “You just may have saved Tarek’s life,” Dr. Travis told Ryan.

Thyroid cancer is on the rise due to factors like radiation and early detection; diagnoses have doubled since the year 1990. Luckily, it’s relatively easy to do a self neck check at home. All you need is a mirror and a glass of water.

Dr. Ross demonstrated how to perform a thyroid cancer self neck check. First, find your Adam’s Apple—the thyroid is located right underneath. While looking in the mirror, take a sip of water, and watch your throat as you swallow. If you notice or feel any pain, lumps, or something that feels hard, you should schedule an appointment with your doctor for a more thorough examination.

An enlarged thyroid doesn’t necessarily mean cancer, but it’s essential to get checked anyway, especially if you have neck pain, or trouble eating or swallowing.