The Doctors shared news of the new headlines about processed meat and cancer. The World Health Organization has released a report saying that processed meats including bacon, ham, and hot dog, increase cancer risks. The WHO reviewed more than 800 studies and found that 34,000 deaths each year can be attributed to diets high in processed meats. So should you banish your favorite deli meats and breakfast food?

Dr Andrew Ordon explained that the WHO classifies things that can cause cancer and in this case, they put processed meats in the “top tier” of the most cancer-causing substances and habits including smoking, alcohol, and Asbestos. Putting processed meats into that category is what’s causing such a stir. Dr Rachael Ross said it’s complete overkill and wanted to set the record straight. She said the WHO actually said a 50 gram portion of the processed meats is the serving they’re looking at, which is equal to 2-3 slices of bacon, 2 slices of baloney, 2 links of sausage, and 1 hot dog. That’s based on people who’ve eaten that every day of their lives. 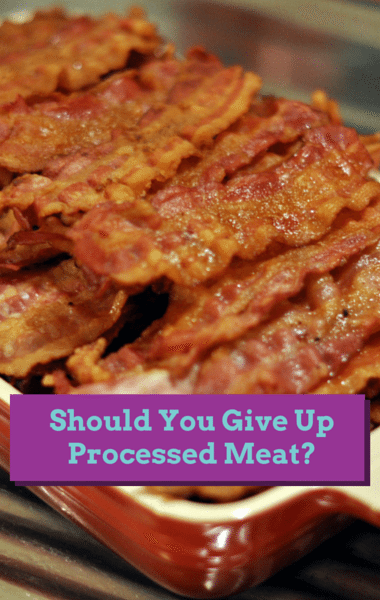 After the World Health Organization’s recent report on processed meat, should you give up some of your favorite foods? (cyclonebill / Flickr)

The Doctors: Should You Stop Eating Processed Meat?

Dr Travis Stork said it comes back to moderation. If you’re eating a ton of processed meat every single day, obviously you’re going to increase your cancer risk. The stats show that consuming that amount regularly increases your risk of colorectal cancer by 18%. That’s not insignificant, but when it’s put in the same tier as smoking cigarettes, that’s when something seems a bit off. Even The Doctors agreed that eating a few slices of bacon is nowhere near the same as smoking cigarettes.

Dr Travis said he doesn’t eat a lot of processed meat but he doesn’t avoid it completely. Dr Ordon said it comes from the process of preservation, and The Doctors agreed that more research is needed.

Do you plan on seriously cutting back on your processed meat consumption? Have you already made changes to your diet? What do you think about the WHO’s new report?