The Doctors: Cancer Myth Or Reality

Internist and oncologist Dr. Lawrence Piro came by The Doctors to talk about the myths and realities surrounding Cancer. So what kinds of myths are we talking about?

The Drs TV: Does Treating Cancer With Surgery Cause It To Spread? 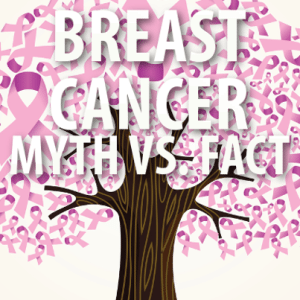 Can Breast Cancer recur after a mastectomy? The Doctors had the answer.

One myth a lot of people believe is that treating Cancer with surgery causes it to spread faster throughout the body. Dr. Piro said this is a complete myth. It’s based on the idea that opening the body to oxygen is going to cause the tumor cells to grow more rapidly and spread. Many people even defer their surgery because they’re afraid of this. In fact, surgery is one of the most important treatments of Cancer.

The Doctors: Cancer Cure Being Withheld From The Public?

The next myth was that there is currently a cure for Cancer, but the medical industry won’t tell the public about it. Dr. Lawrence Pico said this is an absolute myth. He also said it was a preposterous one, because it would involve thousands of doctors to suppress a secret cure to make money. He said that this myth grows out of the fact that most people don’t realize that the FDA’s primary mission is to make sure that when a drug is released it doesn’t have any lethal side effects. He said it’s a careful balance between releasing a medication fast enough to help people, but not so fast it’s unsafe.

The Drs TV: Can You Get Breast Cancer After A Mastectomy?

Can you get Breast Cancer again after having a mastectomy? Dr. Lawrence Pico said on The Doctors that this is an unfortunate reality. Most women have just the breast tumors removed, which means there is remaining breast tissue left over. In addition, if you have a complete mastectomy, it can recur in the scar. If you have a breast removed to prevent getting cancer, the skin and the nipple are usually left behind, which has the potential to get a tumor. It’s important to remember, however, that the risk of recurrence is very low.

The Doctors: Can Eating Lunch Meats Cause Colon Cancer?

Can eating lunch meats cause Colon Cancer? Dr. Lawrence Pico said “this one is no baloney.” It’s 100 percent reality. Lunch meats and other processed meats are treated with nitrates and nitrites which are used to preserve the color and prevent spoilage. Those molecules can be converted into Nitrosamines, which can cause cancer in animals.

Studies show that high volume use and prolonged use can increase your risk of Colon Cancer and Pancreatic Cancer. He also said that the body has great detoxifying mechanisms. One meal is not going to increase your risk of cancer. This is if you eat them every day intensively over like ten years. He said it’s a good idea to eat more freshly prepared foods.

Check it out this segment below: