The Doctors: What Is Acute Myelogenous Leukemia?

Amanda and her husband Jason, who is an editor for The Doctors, came on the show to speak about their son Nicholas. When Nicholas was five and a half months old, he started running a fever. They did a blood test and found out he has acute myelogenous leukemia, an aggressive form of leukemia that is very rarely seen in children. Jason said it wasn’t something he was prepared for at all. Amanda and Jason were told their son wouldn’t survive the night. Normally, they do a bone marrow transplant for this kind of leukemia. But because the cancer had gotten into his central nervous system, they had to do really strong chemotherapy. This meant that Nicholas’ immune system was really weak. Nicholas had to live in a sterile room for six months. Amanda and Jason had to wear masks in order to pick him up. 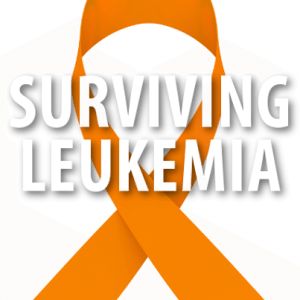 The Doctors talked to a family whose son came down with Acute Myelogenous Leukemia when he was just five and a half months old and had to go through several rounds of chemotherapy.

Nicholas was supposed to go through five rounds of chemotherapy. But the fourth session was so severe that it almost killed Nicholas. Amanda and Jason decided to stop the treatments after that point and try to enjoy life with him. But Nicholas had gotten enough medicine to beat the cancer. After six months, they brought him home and were able to celebrate his first birthday together.

On his fourth birthday, they learned that Nicholas was cured of the cancer. Nicholas is nine now. Amanda said that when she became a mother, she thought she’d have the answer for everything. But cancer wasn’t something she was prepared for. Nicholas lost his hearing due to the ordeal and now has implants to help him hear. He also has kidney issues and doctors are keeping an eye on his heart.

The Doctors: The Noodle Chronicles

But Amanda and Jason wrote a book to help parents through a similar ordeal. The book is called The Noodle Chronicles. Amanda said she wrote the book because she felt other parents needed to know that it’s okay and they’re going to get through this.