The Doctors: Alana Stewart On Aging

The Doctors welcomed Alana Stewart of Stewarts and Hamiltons, who recently celebrated a milestone that you would never be able to guess on your own. The beautiful actress and author just turned 70, which is remarkable, because she looks maybe 50 at most. She said she looks, thinks, and feels ageless. Alana said the first thing you should never do is refer to yourself as old, saying we can all be youthful our entire lives.

Alana doesn’t fight aging, saying she’s not afraid of aging but she wants to age gracefully. She does yoga, meditates, and reads spiritually inspiring books. But really, what is the secret to looking like Alana? Alana admitted that part of it was luck of the genes, but the other part was taking good care of herself. She went to the University of Houston for one semester when she was 18 and took a course in nutrition and health, and because of that she started taking vitamins and even resveratrol, which is found in red wine. 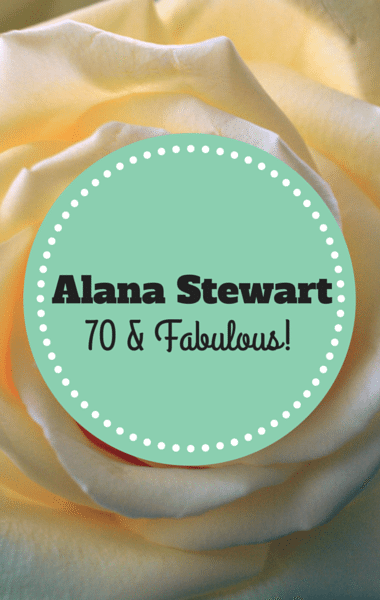 The Doctors sat down with the beautiful Alana Stewart to talk about how she manages to look so young at age 70. (bigkids / Flickr)

But has Alana had plastic surgery? She admitted she’s had some Botox in her forehead, but put it off for years because she was terrified of it. She gets “baby doses” of it, but she has wrinkles, sun spots, and age spots that she covers with makeup. She also admitted to having her neck done two years ago. The Doctors then shared pictures of her through the years, showing how timeless she really is, saying she truly looks more beautiful now. She shared her gluten-free cookies with The Doctors before sharing that she’s the president of the Farrah Fawcett Foundation, which promotes awareness and prevention. Alana said out real purpose is to give something back to the world.