The Doctors were contacted by Monica about her mysterious condition, so The Doctors sent her to see dermatologist Dr Sonia Batra in hopes of getting her some answers. Monica showed the condition that she has under her arms, which began about five years ago. She has red and brown bumps in her underarms as well as her bikini area. She’s constantly hiding the area and even uses makeup to cover the spots in her underarms.

The Doctors: What Is Granulomatous Inflammation? 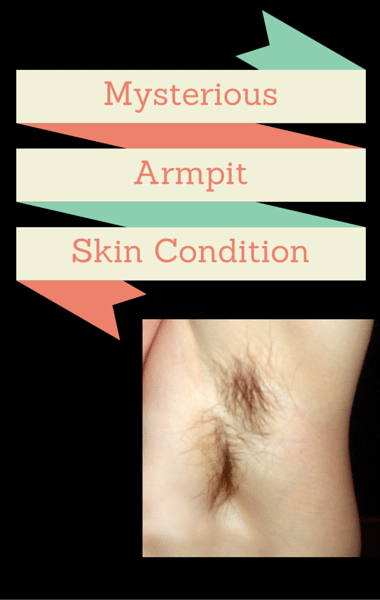 The Doctors helped diagnose a woman’s mysterious skin condition that has taken over her underarms. (ajc1 / Flickr)

Monica saw Dr Batra, who took a culture to check for virus or bacteria. She also did a biopsy to take a closer look. The two of them joined the show and explained that Monica was showing signs of granulomatous inflammation, which is long-term inflammation. She wanted to use a laser to take off the bumps and smooth the top layer of the skin. It has to be done over a series. Then, anti-inflammatory’s and hydrocortisone creams will help as well. Dr Batra will also keep an eye on Monica to try to figure out what triggers the inflammation.

On a completely different note, The Doctors wanted to find out more about fall hair trends, so they let their social media followers decide how much hair to cut off their guest Kalila. They were given the option to cut her hair into a mid-length style with bangs like Zooey Deschanel, a textured “lob” cut like Kate Hudson, or a super-short pixie cut like Kate Mara.

It was time to reveal what haircut Kalila got. She got the Kate Hudson style “lob” cut and she said she was very happy with the results. Tera Rae Stephens, the celebrity hair stylist who did Kalila’s hair, explained that the hair was donated to Wigs for Kids and she had fun showing off the texture of her hair with balayage highlights.