Dr. Travis Stork introduced a woman named Lisa who got breast implants 16 years ago, which she said changed her life and made her feel more womanly. She said her looks improved and opportunities opened up for her in music videos and backup dancing for musicians. She even appeared on Soul Train. 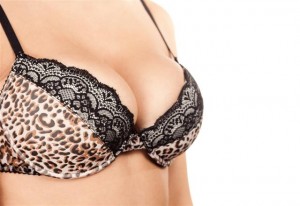 Lisa said her decision to get breast implants had a major impact on her career success.

She said she paid $5,000 for her breast augmentation but has made over $95,000 as a result of the enhancements. She highly recommends the procedure to anyone.

Lisa said she is making money from her breast implants and that they help her exude confidence in business meetings.

Lisa said she is 44, and has a 15-year-old son. She said her looks give her confidence to break out of her shell.

Jillian Michaels shared a study that said attractive women get fewer callbacks for job openings, compared to “women who are perceived as plain or unattractive.”

The Doctors TV: Can Breast Implants Get You A Job?

Dr. Lisa Masterson said it could have to do with the visual nature of Lisa’s job, appearing in videos and dancing. Dr. Masterson said that the changes resulting from this type of plastic surgery could have different, negative effects in an office setting.

Dr. Andrew Ordon said breast implants are almost mandatory to be hired in a plastic surgeon’s office. He said if you didn’t have them before, you definitely would once you were hired.

Dr. Travis Stork said that clearly breast implants can be an advantage in certain lines of work. Lisa said you can always cover up or dress conservatively when needed.

Dr. Ordon pointed out that Lisa did this procedure for herself, not for anyone else. She also chose a size that is proportionate to her body. He added that it is an elective surgery, and like any other surgery, things can go wrong.

Dr. Andrew Ordon added that breast augmentation is reversible. But he cautioned that if you have your implants removed, the process leaves scars, and your breasts may not go back to looking like they did before.

Dr. Travis Stork talked about the goals people are setting for the new year. He said that this weekend’s edition of USA Weekend magazine features tips on reaching health goals in 2012. There is a “New Year, New You” column in the magazine.