The Doctors: Hairstyle Tips To Make You Look Younger

Do you want to look ten years younger in just a couple minutes? Dr. Travis Stork explained that your hair could be adding years to your appearance if not taken care of correctly, so The Doctors had a couple tips to share to help you look and feel years younger.

Dr. Rachael Ross explained that oftentimes, as women age, they will go with a really dark pigment for their hair. She suggested going with highlights to make your face look younger and fuller, adding that highlights can also brighten your face, rather than darken it. 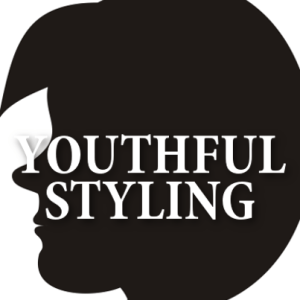 The Doctors shared hairstyle tips that can make you look younger. (janista / Shutterstock.com)

Another thing you want to do is to avoid a center part with your hair. Often times the center part can draw your face downward, making your look older than you really are. Dr. Ross said to go with a side part.

She also suggested going with wavy or curly hair rather than a sleek straight style. The word of the day was curls! Everyone in the audience went home with a Rusk Curl Freak hair curler.

For The Doctors News in 2:00 segment, The Doctors talked about the new movie Men, Women, & Children starring Adam Sandler, Jennifer Garner, and Ansel Elgort. The movie explores how a group of high school students and their parents “navigate the ever evolving pitfalls of the digital landscape and social media.”

The movie deals with issues such as video game culture, anorexia, infidelity, fame hunting, and distribution of illicit material on the internet.

The Doctors: Veterinarian Practicing On Humans?

In other news, a Colorado veterinarian has plead guilty to two counts of unauthorized practice on humans. A police report says the vet initially denied the allegations but then admitted to using an experimental cancer treatment cream on a man’s foot. Several other people said they were also treated by the vet, including a woman who said a cream was applied to her face and chest that left scars. Always make sure you check that the doctor you’re seeing is a board certified physician that practices on people.

The Drs TV: Violinist Played During Own Brain Surgery

The Doctors then explained that 20 years ago, a world class violinist developed a neurological disorder that resulted in uncontrollable shaking that prevented her from playing. Last week at Tel-Aviv Sourasky Medical Center, doctors performed a unique surgical procedure that required the patient to play the violin during surgery!

She was given a local anesthetic and kept conscious during the operation to stimulate her brain. The Doctors shared a video of the procedure and explained that the woman was asked to play the instrument to help surgeons with the precise positioning of the tremor seizing electrode. According to the hospital, the operation was a success and the patient even played Mozart for them.

The Doctors: Eat With Non-Dominant Hand To Lose Weight