For a unique episode of The Doctors, the hosts wanted to put several different products to the test to separate the good from the bad. First, because even just one glass of red wine can cause an itchy rash, headache, and even congestion, Dr Andrew Ordon was in the procedure room that claims to help post-wine symptoms. Sulfides and histamines in wines, as well as specific proteins, cause adverse reactions in some people. Dr Ordon was joined by two women who experience negative symptoms after drinking red wine.

One woman’s face gets really red and flushed, while the other woman gets red and sweaty. The product they wanted to put to the test was called the Wand. You place the wand in your glass of wand and stir for three minutes. The wand reportedly acts as a filter and ion-resin exchanger, which means the histamine effect will be improved by removing what causes the reaction. 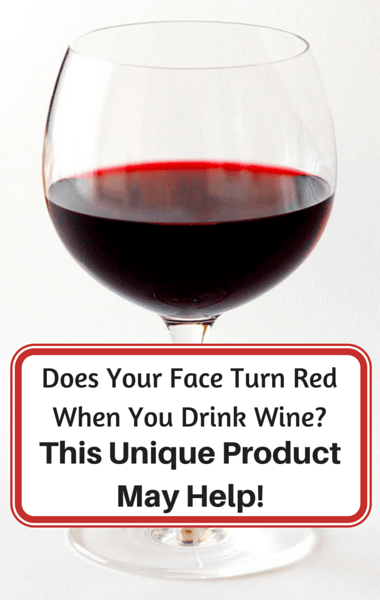 The Doctors put a few products to the test, including the Wine Wand that claims to prevent some of those embarrassing side effects of drinking wine. (ajc1 / Flickr)

When The Doctors checked in on the women halfway through the show, they were on their second glass and hadn’t yet noticed any flushing.

Two other women were also back with Dr Ordon to put a different product to the test. StemuTone by Adonia is a botanical cream that contains 27 different organic botanicals that claim to tighten the skin and improve the appearance of fine lines. The women have to apply the cream three times, letting the cream dry after each application. One woman applied the cream to her arms, while the other woman applied it to her chest, both hoping to see an improvement in their fine lines and wrinkles.

Later in the show, The Doctors wanted to find out if the StemuTone body-firming product worked for the two women. For the woman with wrinkles on her arms, there was a noticeable, significant difference. She didn’t experience any tingling or seemingly negative side effects. For the woman who applied it to her chest, she also saw a positive result and was thrilled with the product! The Doctors seemed to agree that it worked and could be a temporary solution for those looking to reduce the appearance of fine lines and wrinkles on trouble spots.

As for the Wand, the two women who gave it a try, seemed to be absolute fans! They shared that they didn’t experience any negative symptoms. They had no face flushing, sweating, or any other potentially embarrassing symptoms!

On a different note, nearly a year ago, Kimberly was on a day-long motorcycle ride with her boyfriend, when they were involved in a horrific accident. Kimberly woke up lying across the roadway, remembering that everything on her body hurt and she couldn’t move. She and her boyfriend were airlifted out of the canyon and taken to UCLA trauma center. Her femur was shattered and her knee was broken. The majority of her skin came off her right arm and shoulder, and her glasses hit so hard against the bridge of her nose that it changed the shape of her nose. Her misshapen nose and bump constantly remind her of the accident, and she desperately wants to be able to move on.

Dermatologist Dr Jason Emer joined Dr Ordon in the procedure room to perform what’s called a non-surgical nose job on Kimberly. Dr Emer explained that he would use a little bit of a hyaluronic acid filler, which is a sugar-based filler, to rejuvenate her nose. He believes the filler would provide the results Kimberly wanted, to hide the bump, allowing her to finally get over what she went through. The filler isn’t permanent, but can last up to two years in the nose.

Kimberly and Dr Emer then joined the show a little later to reveal the results. A silhouette of Kimberly taken after the injections show just how dramatically the bridge of her nose was improved. She had a clear straight line, with no bump! Dr Emer shared that the procedure will typically cost up to $2,000 per treatment, but a rhinoplasty is certainly much more expensive.

Of course the most important thing when it comes to looking your best is keeping up with good habits. Habits was the word of the day and you can use the word habits on The Doctors’ website to enter for a chance to win the Lorion Beauty blow dryer and flat-iron set worth $350.