The Doctors: Face Lift Alternative In Just One Hour

Dr Jack Zamora brought in three women for a procedure that claims to “bring back ten years of rejuvenation” in just about an hour. Can this procedure really help to turn back time and hide the signs of aging? More importantly, can it satisfy three women desperate to look years younger?

Fat was removed from each patient to retrieve stem cells, and then the skin of the face was separated from the muscle before injecting the stem cells to tighten the skin. Then, laser resurfacing was used to improve the appearance of the skin, before the patients were wrapped up for three days to let things settle in.

The before and afters were then revealed, proving just how dramatic the results were! Truthfully, all three women looked younger and they were thrilled with the results! The J-Platzy procedure is the new alternative to a traditional face lift, and there’s no denying that it can certainly work! For someone who wants a quicker fix, less recovery time, and doesn’t want to go under general anesthesia, the J-Platzy could be a real option. A traditional face lift can cost as much as $40,000, while this procedure costs anywhere from $4,500-10,000, depending on how large the area is. 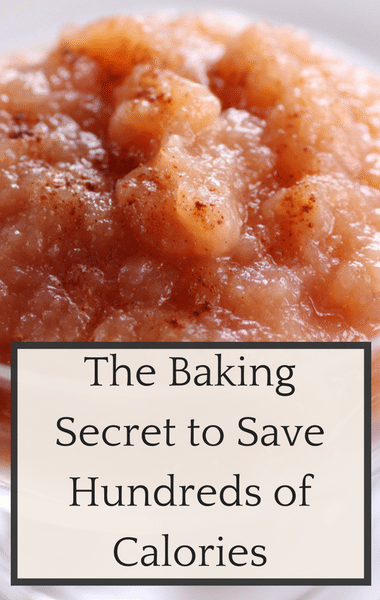 There’s one simple secret that can save you hundreds of calories when baking, and The Doctors revealed what it is! (notahipster / Flickr)

Would you consider the J-Platzy procedure?

The Doctors: Add Oil To Foundation For Dewy Skin

On a different note, The Doctors wanted to take a closer look at a makeup trick to see if it would really work. If you blend a drop of oil with your foundation, will it give you a dewy look without making you look greasy? The trick is to avoid adding too much oil, because it can help your skin look more hydrated in a subtle way. It’s also important to use coconut oil or other oils that are good for your skin, not just any oil out there.

Pores was the word of the day and to enter for a chance to win Skin Authority’s Beauty Infusion products, use the word “pores” on The Doctors’ website.

The Doctors: Bake With Applesauce Instead Of Sugar

Switching gears again, The Doctors revealed a baking swap that can save you hundreds of calories. One cake in particular had 670 fewer calories, so what was the difference? Instead of a cup of sugar, one cake used applesauce! The cake with applesauce was denser but otherwise the cakes tasted the same which means this swap is entirely reasonable!

As part of The Doctors’ News in 2:00, it was then reported that Blue Bell’s ice cream was recalled once again because of possible listeria contamination. The company said the ice cream itself passed listeria testing, but ingredients in the chocolate chip cookie dough and cookie two-step varieties may contain the potentially harmful bacteria. Listeria can be found in foods made from raw milk and can grow in cold temperatures.

“America Divided” is an upcoming 5-part docu-series that is hoping to inspire a change in health care for the poor and disparities in the criminal justice system. Some of the most touching footage of the series features actor and activities Peter Sarsgaard on a police ride-along to witness, in person, the addiction crisis of our country.