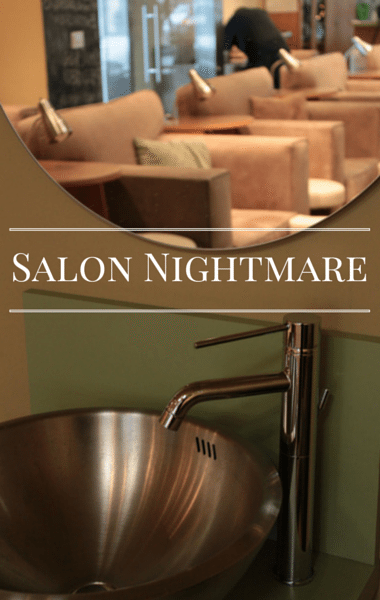 The Doctors revealed two nightmarish beauty blunders that landed two women in the hospital. How can you prevent things like this from happening to you? (flickr)

The Doctors know that keeping up beauty regimens doesn’t come cheap, but just one beauty blunder at a salon can turn a routine treatment into a health nightmare. There’s a model who claims her manicurist filed her nails so short that her fingers bled and she ended up in a hospital, where doctors had to remove two of her fingernails! Then, there was a woman who paid for expensive hair extensions at a salon, only to end up with itchy lumps on her head a few weeks later. The night before her 29th birthday, the boils burst and oozed pus, and doctors had to remove the infection with a scalpel.

The Doctors welcomed dermatologist Dr Sonia Batra to talk about the beauty salon nightmares. Dr Batra explained that your nail plate, or the hard part of your nail, is actually meant to protect your against infection and trauma. Likely what happened is that when the tech kept filing, her nails probably got infected and had to be removed.

To prevent something like this from happening, Dr Rachael Ross said the first time someone is cutting her cuticle and it hurts, she stops them because it’s not supposed to hurt and it’s not supposed to bleed. Also, never let them talk on the phone while they’re doing your nails, because they can get distracted. You should also go somewhere you trust and make sure their equipment is sterile.

The Drs: Infection From Hair Extensions

As for the hair extensions nightmare, Dr Batra explained that when they sew in the hair extensions, they use a needle, and it was likely that the needle was contaminated with bacteria, so every time it made entry into the skin, it stirred up an infection. The extensions are sewed to your hair, but you can nick the scalp in the process. Plus, if you sew it in too tight, you can cause the scalp to become inflamed, making it easy to introduce infection.

Dr Ross said don’t let someone sew in hair extensions too tight and also make sure they’re using a new needle each time.

What do you do to protect yourself when visiting the salon? Have you ever had a nightmarish experience while getting a beauty treatment?