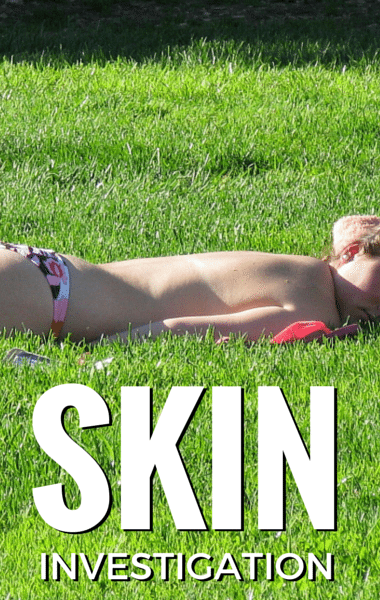 The Doctors helped a young woman find a diagnosis for her skin condition after seven years of not knowing. (johnloo / flickr)

The Doctors explained that a guest on their show was just 14 years old when red, sore patches started appearing on her cheeks. Seven years later, she’s still searching for a diagnosis. Hailey’s face looks burned, but a dermatologist told her it was just something from the weather. Her condition worsened and spread to her chin. Another dermatologist told her it was acne, so she began using various acne products, but her face broke out worse. She saw 10-15 dermatologists but never found a solution.

It’s painful for Hailey to shower and she even shared that when she washes her face it feels as if skin is coming off. Some doctors have even told Hailey they had no idea and it was a “mystery.”

The Drs: Searching For A Diagnosis

The Doctors put together a team in hopes of getting Hailey some answers. She started with allergist Dr Warner Carr, who shared that he didn’t think it was an allergy, but actually an autoimmune disease. They sent her to see a dermatologist to get a biopsy done and from there she saw rheumatologist Dr Swamy Venuturupalli.

The Drs: What Is Cutaneous Lupus?

Dr Jennifer Ashton pointed out that it truly was a medical mystery, as Hailey joined her in the procedure room. Dr Venuturupalli explained that Hailey’s ANA test came back positive. The ANA test looks for autoimmune disease. They did a biopsy as well and again found another clue for autoimmune disease. There’s a condition called cutaneous lupus, which is what they think she might have. He explained that there is cutaneous lupus and systemic lupus, but he thinks it’s cutaneous lupus.

Dr Travis Stork explained that lupus is often called “the great imitator” and in medical school they learned how many different systems of the body lupus can affect. It’s a difficult diagnosis, which is why it’s so great that they were able to crack Hailey’s case. Dr Sonia Batra explained that they also found a microscopic mite which can live in the follicle, but were really elevated. She said having elevated counts of the mite can contribute to all kinds of inflammatory conditions.

The good news is that all of this can be treated, and she will work with Hailey to get all the medications she needs. Hailey was relieved and excited to finally get some answers. How would you feel if you went seven years with a skin condition, without any answers?