Dr Sandra Lee, who is now commonly known “Dr Pimple Popper,” joined The Doctors with a sweet treat as a gift for her co-hosts and the audience members. She brought with her cupcakes that not only look like pimples, but can actually be squeezed like one too! I’ll admit, it was pretty hard to look at, so I can’t imagine how difficult it would be to actually eat the “dessert pimple.” Would you eat one?

The Doctors then turned to Lynette, who believes her jawline is too masculine, which makes her feel very self conscious. She thinks the square shape of her face is unattractive so she was hoping to try a procedure that would give her face more of an oval shape, while also helping with her nightly teeth grinding habit. She has tried a mouth guard, but it actually was so uncomfortable that it kept her awake. 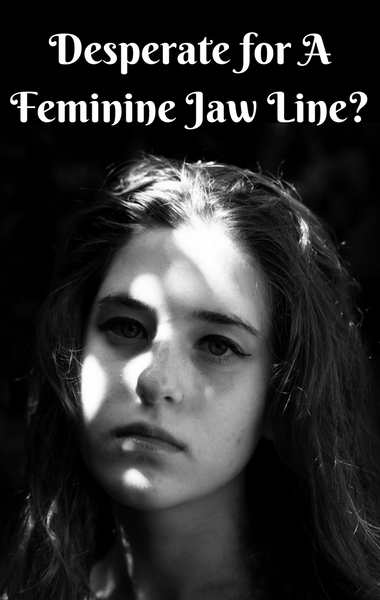 Lynette was desperate for a more feminine jaw line, but could Botox really be the solution? (erinhallst / Flickr)

Dr Nima Shemirani, a board-certified facial plastic surgeon, looked at Lynette and explained that he was planning to use Botox and a vibrating device to reduce the part of her jaw that is squared off and more masculine looking. He particularly aimed for the bulky muscle at the back of her jaw, and Lynette was thrilled with how easy and painless it was. But how happy was she with the results?

Later in the show, The Doctors revealed Lynette’s before and after results. Lynette believes her face looked so much thinner afterward and even better, her teeth grinding improved. The change wasn’t drastic but her jaw line certainly looked softer. She added that even the way she was talking was slightly different, and she felt better overall. Dr Shemirani explained that the muscle that wraps around the outer jaw can get “buff” over time from chronic teeth grinding, and once that is cleared up the patient can also experience a reduction in headaches, teeth pain, and jaw pain.

Switching gears entirely, The Doctors then shared a few posts that have gone viral on social media, even sparking a trend. Moms have begun using their umbilical cord after giving birth to make art. One popular post uses the tissue to spell out “love” while another had the cord shaped into a heart. The cord is formed into a shape while it’s still soft, and then it’s baked at low heat to harden and dry it, allowing you to keep it forever.

I’m a big fan of unique art and even more-so art that is homemade with sentimental value, but this may be taking things too far. What do you think? Would you make umbilical cord art?

Speaking of odd things people are taking part in, would you pay someone to walk you like a dog? Dog walkers are nothing new, but one man in Los Angeles is earning a paycheck as “The People Walker.” For $7 a mile, Chuck will be your companion. Dr Travis Stork revealed that there was a flyer for Chuck’s services posted right outside the studio lot and every single tag that had his number on it, was taken! “So clearly you’ve struck a nerve in a good way with people,” Dr Travis told Chuck.

Chuck explained that a lot of times it’s just people who don’t want to walk alone late at night, but he’s also walked with people who just want to socialize. So what do you think? Is this a brilliant concept or a ridiculous idea?

While on the topic of exercise, The Doctors wanted to find out if a quick 20-minute workout could be the secret to getting in shape fast. Twice a week for 20 minutes for magical results? Lacey Stone, a celebrity fitness trainer, was going to put the idea to the test, explaining that electricity would be stimulating her throughout her body. The idea is that she would be building muscle and burning calories at the same time, because of an increased heart rate, but Lacey admitted she was skeptical. Lacey was also joined by a woman of regular fitness level to see how it would work for the everyday person.

Lacey joked that whoever made her do the workout would be hunted down. It seemed like the electric shock therapy was a little much for her while she was trying to work out! After a full 20-minute work out with the electrical stimulation, The Doctors checked back in on Lacey and Tara, who were both lying flat on their backs in the “resting” stage as they continued getting electrical stimulation through their body.

Lacey admitted that she missed the endorphin rush, but was happy overall with the workout, believing that it could work in conjunction with a healthy diet.