The Doctors talked about the convicted car thief who was signed to a modeling contract while behind bars. Last summer, a mugshot of Jeremy Meeks was posted to social media, and it got women everywhere buzzing. Now, the 34-year-old has been working with a top modeling agency, which has people talking again. Dr Jennifer Ashton said, “If you can look good in a mugshot, think what you can do with good lighting!”

Dr Travis Stork said he has a striking look, so you can understand why people would think he would succeed as a model. But does it glorify being in prison and making a career from it? Jeremy’s agent was actually on the show. Jim Jordan explained that a friend contacted him, who got in touch with Jeremy’s family. Jeremy’s family had actually been contacted by people from all around the world and Jim said he had spoken to Jeremy a few times. “He has a beautiful body, he’s 6’1″ and has everything it takes,” Jim said.

Jeremy gets out of prison in November. Dr Rachael Ross said when people go through the prison system and get out, about half of them are unemployed, even six months later. She said the idea that Jim is giving a gentleman an opportunity he didn’t have before is a good thing. Jim said he believes in second chances. 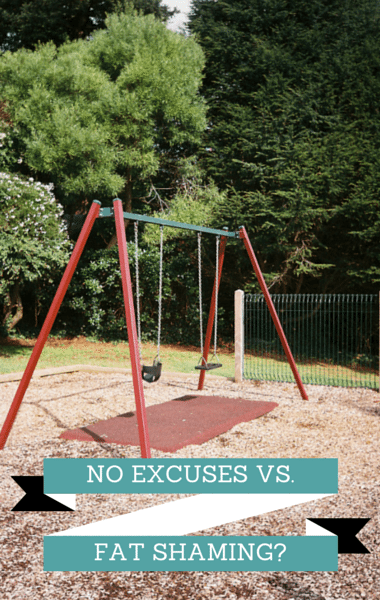 The Doctors talked to a fitness blogger about her intentions when posting a body-flaunting selfie. ([email protected] / flickr)

The Doctors then moved on to share that recently, a new fit mom came under fire for her controversial picture. A fitness blogger mom from the U.K. was showing off her fit, toned body on Instagram, and moms everywhere went crazy over the caption “I have a kid, a six pack, and no excuse.”

Her name is Abby Pell and a lot of moms thought she was claiming that all moms should have ripped abs like Abby, no matter what. Since the post, Abby has been trying to explain what she really meant.

The Drs: “Fitspiration” Or Fat-Shaming?

Abby Pell actually joined the show all the way from the U.K. and lifted her shirt to show off her well-developed abs. Abby explained that she posted the picture to inspire other moms and women who don’t feel comfortable with the way they look. She said she didn’t intend to say everyone should have a six pack. She wanted to show that it wasn’t impossible because she gained over 30 pounds during her pregnancy.

They welcomed Tigress Osborne, a plus-size model and size-acceptance advocate, who said she would read the caption and wonder “What do I have to make excuses for?” She said there’s a fitness mom phenomenon, but there’s not a proud fat girl phenomenon. She said she calls her stomach “the bakery” rather than a six pack, and doesn’t see herself as the “before,” with Abby being the “after.” She said they should get a picture together and show the world two different kinds of beautiful women.

The Drs: Fat Vs Fit

Dr Ross said they can’t say fat is fit, because having extra weight on your body is associated with everything from cancer to depression and heart disease. She said to approach it from a health angle, which means knowing that losing a little fat could make you healthier. But she loves that Tigress is proud of the way she looks. Plus, like Dr Stork said, someone who’s thin and “fit” isn’t automatically healthy. Health is what matters most.

Do you think Abby was fat-shaming or providing inspiration? How do you feel about what Tigress said?

The Doctors shared some black and white images and explained that they show indentations left from tight jeans, high heels, and sports bras. They then explained that an artist decided to document a group of women who wore too-tight clothes. They welcomed Justin Bartels to the show. He explained that in 2010 he had just graduated from his second degree in college and he would always hear how uncomfortable women were in clothes. He said when those items would come off, you could see the marks all over their bodies, which he thought was an interesting visual, as well as made him question why they choose to wear something so tight.

Dr Drew Ordon said, “It’s well worth it to us!” Dr Rachael Ross said it holds things in place and pushes things into a certain direction. Justin said more research and development needs to go into the materials used in clothing to make them more comfortable.

Dr Jennifer Ashton said that medically, when you place pressure on the skin, depending on various factors, you’ll see those indentations often. Dr Travis Stork said if your clothing is too tight it can cause restricted breathing, so it’s just not worth if it’s it’s so tight it’s causing pain. Are your clothes so tight they leave indentations behind?