More than 11 million viewers have watched as two seniors struggled to set up their webcam. They couldn’t figure out how to use the technology, but they didn’t get frustrated about it, which could be one of the reasons this video was so popular.

You can watch their misadventures in Webcam 101 For Seniors.

Apparently they have since figured out how to set up their webcam, because Bruce and Esther Huffman joined The Doctors via Polycom. They said they still aren’t masters of the technology, but they enjoy watching The Doctors. 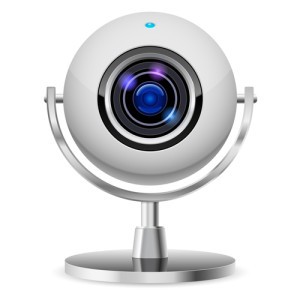 Bruce said he now charges to perform his monkey face for people, but he threw in a complimentary performance for The Doctors.

Bruce and Esther live in Oregon. Bruce said they try to stay active with activities like biking, walking, swimming, and ping pong. Esther said they take a balance class together, and she enjoys games like Scrabble.

The couple asked whether their activities can help them prevent Alzheimer’s Disease.

Dr. Travis said all those activities can reduce risk of dementia. Exercising the brain and body is a great way to stay healthy and happy as you age.

The Doctors have been giving advice on TV for four years, and they shared their own most viral video from the show’s history. It’s from a Truth Or Dare episode where they were surprised with a dare.

It was a clip where Dr. Travis confronted his crippling fear of snakes. He was very animated in his reaction, screaming and panicking as a snake was placed around his neck.

You can watch Dr. Travis Braves A Snake.

Dr. Travis said now he can look back on that and laugh, though it was scary at the time.

Dr. Travis said laughing for one hour expends the same calories you’d burn while working out for 30 minutes. He recommended enjoying your favorite funny videos online or sharing comedy movies with friends and family.