Alycia Nicholson and her father have shared their story about her struggle as one of the victims of a strange disease affecting students in a small New York town. The Doctors brought Alycia and her father to Los Angeles, where Alycia met with neurologist Dr. Neil Martin, who evaluated her condition. 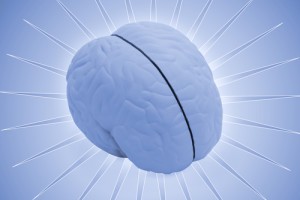 The show followed Dr. Neil Martin in his examination of Alycia. He performed tests on her motor skills in her hands and arms. He also performed multiple MRI tests to get additional information about her brain structure.

Finally, he gave her a throat swab to check for Strep Throat, since that is a possible theoretical cause. Dr. Martin wanted to investigate every possibility to help Alycia find the treatment that will get her life back to normal.

Alycia and her father Randy joined Dr. Martin and Dr. Travis Stork on the set to get the results of her testing. Alycia said she has had symptoms since May 2011. Dr. Martin explained that the brain MRIs helped him rule out structural abnormalities in the brain, which he found to be completely normal.

Dr. Martin was also concerned about an immune reaction to a Strep infection, as mentioned in the theories about what’s causing this tic outbreak. He said her throat culture was negative for Strep Throat, so that is not an underlying cause in this case.

Dr. Martin showed Alycia’s MRI images and explained that the cortex and anatomy of her brain looked completely normal. Her brain’s language centers for speaking and writing looked normal. Her listening and reading centers are also functioning normally.

Dr. Travis asked about the 3D map of Alycia’s brain. This is a scan that is also used to evaluate brain tumors. Dr. Martin explained that he wanted to assess her in every way possible, because she has been exhibiting both verbal and motor tics.

Dr. Martin said her brain looks completely normal, which is good news generally. Alycia said she was happy to have some of these serious causes ruled out, but I would be pissed off that there is still no medical explanation for what is wrong with her. That has got to be frustrating.

Dr. Travis said researchers are still awaiting the results of some testing related to the environmental toxins near her high school. Dr. Martin said parents shouldn’t panic if their children display some tics, because this could be a normal part of development. He said Alycia’s long term outlook is positive.