Are you a procrastinator, always putting things off until the last minute? This episode of The Doctors is just for you, with advice for procrastinators about weight loss and other health concerns. But first, the team tackled top headlines about Ashley Judd’s puffy face drama, and the pink lady. Is it true that Propranolol cures racism?

We all know that any drugs we take usually come with a long list of side effects. But a surprising new study has produced a shocking new side effect you probably never noticed. It’s happening to patients taking the heart medication Propranolol.

According to The Doctors, “Oxford University researchers have found that a widely used heart medication also reduces a person’s subconscious level of racial bias.” The Propranolol beta blocker also blocks the “fear and emotional responses on which racial discrimination is based.”

Could A Pill Cure Racism? 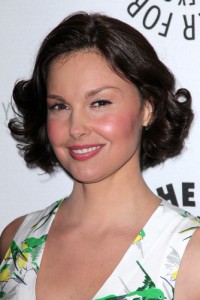 Though even the researchers found this development fascinating, it’s far too early to tell whether this drug could cure Racism or be used to treat criminals who have committed hate crimes. Dr Travis Stork said this was a small study with limited data.

One theory is that lower stress could reduce subconscious feelings of prejudice. Dr Lisa Masterson talked about the association between racism and fear as one possible explanation.

Dr Jim Sears mentioned that some performers take beta blockers to manage their fears, such as stage fright. He said there’s some hope that this drug might also be useful in treating Post Traumatic Stress Disorder (PTSD).

Dr Andrew Ordon noted Propranolol’s sedating effect, but the panel agreed that there’s a lot more research to be done before anyone can speak authoritatively about the drug’s other indications.

Does it matter when celebrities have plastic surgery? Actress Ashley Judd recently found herself at the center of a controversy about whether she’d had some work done when her face seemed “puffy” in red carpet photos.

To compare before and after photos of Ashley Judd, The Doctors surveyed people on the street, who called her fat, pregnant, and wider; some agreed it appeared that she’d had injections. One woman said that Ashley Judd was “aging gracefully,” so not everyone they talked to was terrible.

Dr Andrew Ordon compared the side-by-side photos that sparked the criticism and controversy. He noted that her head was at different angles and the pictures had drastically different hairstyles. He said it was difficult to compare the photos for those reasons (and then he compared them anyway).

He found that her face is fuller, suggesting that allergies or weight gain could be an explanation. Side effects of steroids or other medications could also be to blame, which apparently is her explanation.

Did Ashley Judd Have Work Done?

In a statement to E!, here’s what Ashley Judd’s publicist had to say about the debate:

“For the record, this is unequivocally not true. Ashley has been battling an ongoing, serious infection and flu. Therefore, Ashley has been on a heavy dose of medication to overcome it so she could get on a plane and travel to Toronto and New York to fulfill her commitment of completing four consecutive days of press.”

The Doctors suggested giving her the benefit of the doubt, with Dr Travis even calling her “lovely.”

The Doctors: Addicted To Pink

The Doctors met a woman who is addicted to the color pink for about 20 years. The team sent a camera crew to her home, in which every wall, outfit, and accessory is pink. “Pink makes me feel powerful. It also makes me feel feminine,” the woman said, noting that she hates magenta. She even dyed her dog’s hair pink (and then tried to teach her dog to play the piano).

Kitten Kay Sera, The Pink Lady, and her dog, Kisses, were in The Doctors audience to answer some questions. She uses a beet juice bath to keep her poodle looking pink.

Kitten obviously gets some benefits from being surrounded by pink. But Dr Travis shared a variety of perceived health benefits from the color pink.

Dr Lisa said she likes to use pink Sea Salt, which is more flavorful. Dr Jim Sears likes pink grapefruit, which is high in lycopene. Benefits of lycopene include lower risks of cardiovascular disease and certain cancers. Organic, uncured ham is another healthy pink food. Dr Ordon’s favorite pink item is champagne, which has heart health benefits thanks to its polyphenols.