Doctors are baffled by an apparent outbreak of something similar to Tourette’s Syndrome in New York. About 20 teens, mostly girls, in a small town are experiencing tics and fits that came out of nowhere. Activists, including Erin Brockovich, theorize that a railroad chemical spill decades ago near the high school could be to blame.

But doctors have ruled out environmental factors, saying the high school is safe. Despite their tics, grunts, and other symptoms, additional tests found these girls don’t have Tourette’s Syndrome.

Neurosurgeon Dr. Neil Martin joined The Doctors to weigh in on this medical mystery. Dr. Martin said with this type of a cluster of cases, doctors have a responsibility to each individual patient as well as the public health concern. 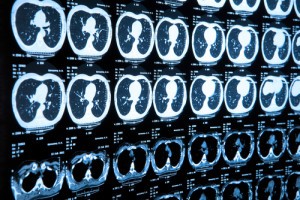 What's causing teen girls to suffer from tics and other uncontrollable symptoms?

Dr. Travis shared potential theories about this mystery. One idea is that it’s an infection associated with Strep Throat, such as Rheumatic Fever, except targeting the brain. Dr. Martin mentioned an associated condition called Sydenham’s Chorea, causing disabling, uncontrolled movements.

“This may be a milder form of it, called Post Acute Autoimmune Neurologic Disorder, due to strep,” he said.

Dr. Travis was skeptical that environmental causes could have totally been ruled out. Dr. Jim Sears said the train spill mentioned in the news report resulted in one ton of Cyanide and 45,000 gallons of Trichloroethylene.

Additionally, “parents had noticed an orange ooze coming out of one of the fields” at the high school, Dr. Jim said.

Dr. Travis said Conversion Disorder used to be better known as Mass Hysteria, and it causes sufferers to subconsciously display neurologic symptoms, with no underlying cause. Dr. Martin said the power of suggestion is very real.

Dr. Lisa Masterson said women are more susceptible than men to Conversion Disorder and wondered if that could be a factor. Dr. Martin said medical research on Mass Hysteria draws parallels to this case.

Dr. Martin mentioned a North Carolina case in which 10 cheerleaders had an outbreak of similar symptoms in 2002. Symptoms occurred when the friends congregated, mostly during lunch. When the students were separated for the holidays, symptoms began to fade.

Dr. Travis explained that Conversion Disorder is “a diagnosis of exclusion,” a conclusion reached after everything else has been ruled out. Dr. Martin said up to 15% of adolescents will naturally develop a tic during development.

The first documented victim of the New York outbreak, Alycia Nicholson, came to Los Angeles to be evaluated by Dr. Martin. He performed a variety of tests on Alycia. But before The Doctors announced the test results, Alycia and her father talked about how this has affected their lives.

Alycia experienced her first symptoms while playing softball and eventually began convulsing on the field. She had a second bout of seizures the next day. She has lost weight and continues to struggle with symptoms.

During her taped interview with a producer, she began to experience tics and her father feared she could pass out. They are anxious to hear the results of Dr. Martin’s evaluation.