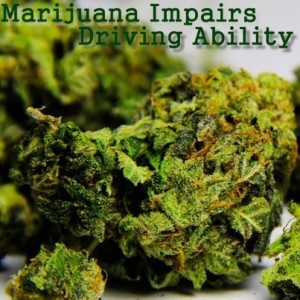 The Doctors talked with Matt Brown, the co-founder of My 420 Tours, a marijuana vacation company, about the effects marijuana has on someone operating a car.

My 420 Tours has become the first vacation company to allow adults to stay in Denver, Colorado, a state that recently passed a law allowing anyone over the age of 21 to smoke marijuana, and go on marijuana smoking tours.

Matt Brown, co-founder of My 420 Tours, said the biggest concern he has for people who go on his tours is making sure they do not drive. He said they make sure all their vacationers have transportation as they travel around Denver looking at different dispensaries, meeting the growers and learning how to cook with weed. He even sets up parties strictly for marijuana smoking.

Brown explained the new law, which was passed in November 2011, allows for anyone over the age of 21 to smoke marijuana, not just someone with a medicinal marijuana card. The new law made Denver one of the only places in the world you can legally use marijuana on the streets of the city.

Should There Be Laws To Prevent Driving While On Marijuana?

Tawyna Rush hit the streets of Denver to talk with some people about how they felt about marijuana testing. While everyone seemed to agree there should be a way to test someone who has smoked marijuana and then driven, most of the people said the tests they have heard of could show you being positive for marijuana six hours after smoking.

In the end, The Doctors said any type of drug, prescription or not, that has a calming effect will impair your driving skills.