“Over 100 million American suffer from chronic pain,” Dr. Andrew Ordon said. Del is a man who had constant sinus pain. He felt constantly congested, like he had a cold every day for years, because of a Deviated Septum and Fractured Nasal Bones.

The Doctors showed Del’s Endoscopic Intranasal Surgery, performed by Dr. Ordon and Dr. Marc Kayem, who explained that “the sinus bone is almost like an eggshell.” 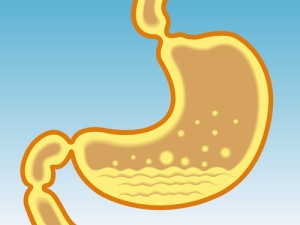 Learning what causes your acid reflux can help you avoid having issues.

Dr. Ordon removed small pieces of Del’s Septum, which were crooked. The pieces they removed from his nose looked like bloody diced onions.

It’s been two weeks since Del’s surgery, and he joined The Doctors to give an update on his story. Del had a very crooked nose, which caused him a lot of breathing problems in the past. Dr Ordon said Del is still swollen, but you can already see that his nose is much straighter.

Del said he can breathe through his nose for the first time in his life. He said he can also taste food now, and his wife appreciates that he isn’t constantly snoring through the night anymore.

After seven months of discomfort, Natalie discovered that her young daughter has Acid Reflux. Dr. Jim Sears used a carafe of blue liquid to represent the Esophagus. Normally the Esophagus closes off when you’re not eating, keeping stomach contents where they belong.

Dr. Jim poured Baking Soda into the carafe to represent what happens when the esophageal flap doesn’t close on its own. The mixture bubbled up to the top of the carafe and spilled over the sides, which Dr. Jim likened to the heartburn and acid reflux that so many people experience after eating.

Dr. Jim recommended said your doctor can recommend over the counter or prescription medicines that could help this condition. You can also find foods like Yogurt, Dry Figs, and Pineapple, which contain Bromelain, an acid-neutralizing enzyme.

Foods That Cause Acid Reflux

If you have acid reflux, you will learn by trial and error what worsens your symptoms. Some common culprits include Orange Juice, Chocolate, Onions, and Tomato Sauce, which is found in pizza.

Dr. Jim recommended eating smaller meals, “maybe half as much, twice as often, and try to stay upright after a meal.”