The Doctors: Breast Cancer Risk With Having Kids At a Young Age?

While in Dallas, Texas, The Doctors ventured out into the Farmer’s Market to answer any health questions the people of Dallas had. 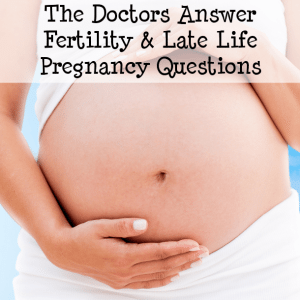 The Doctors answered questions at the Dallas Farmers Market. People worried about frequent headaches and the fertility risks of endometrial ablations.

A woman with diabetes complained of having bad headaches. She asked Dr Andrew Ordon what kids of activites she can do to release the pressure. He said that it’s probably due to fluctuations in her sugar levels.

The headaches get better when she eats.   He suggested eating fresh fruits and cutting back on refined sugars. Keeping up with your diabetes diet will reduce the headaches.

Dr Jim Sears ran into a young family that recently had a baby. The mom was concerned about whooping cough and the whooping cough vaccine. He said that every few years a bad outbreak of whooping cough goes around. The main thing to do with a newborn is to keep the baby away from people with colds and to get them vaccinated at the proper age. Also, adults should talk to their doctors about vaccinations.

Wrapping up the questions at the Dallas Farmer’s Market, a woman approached Dr Lisa and asked about fibroid tumors. She wanted to know if an ablation on her uterus would prevent her from having kids. Dr Masterson said that endometrial ablations are used to remove the lining of the uterus and are not recommended for women that want to have children. The ablations damage the lining and it’s not a process you want to do if you are thinking of starting a family.