The Doctors: Make a Film Foundation

Clay is the impressive teen who has overcome medical problems and survived countless surgeries in his attempts to live a normal life. He chatted with The Doctors about his work with the Make a Film Foundation, which helped him make a documentary about his experiences. 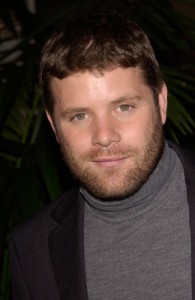 His movie is called Deep Blue Breath, and he came up with the title because he could always breathe easier after having a surgery. He means that literally, because there was more space in his chest for his lungs to expand.

The movie was written and directed by Clay, who stars in the film along with Sean Astin of The Lord of the Rings movies and the ‘80s classic Goonies.

In a clip from the film, a hospitalized child is surprised with a puppy. Dr. Travis Stork said everything that Clay has accomplished is amazing, especially considering he is just 15 years old. Who knows what this kid will do next?

Clay said he had a lot of fun working with Sean Astin while making the movie. The Doctors surprised Clay and his mother with a visit from the actor, who hadn’t caught up with the family since working on the movie.

Sean Astin said that Clay “gave such a gift to other kids who are going through the same thing.” He said that kids often struggle to overcome the challenges of hospital environments, and the message of Clay’s films is inspiring to other kids struggling with medical issues.

The movie Deep Blue Breath is available on DVD, and you can buy it online at makeafilmfoundation.org.

Clay’s next project is a documentary featuring interviews with dozens of other kids overcoming medical challenges.

The Drs TV: Taking Charge of Your Check-Up

There is one more way to avoid medical mistakes, as discussed today on The Doctors. By simply taking charge of your next check-up, you can be in control of your medical care.

Dr. Andrew Ordon said you should come prepared for your consultation with any questions you have. It doesn’t hurt to bring a second person with you to help you get the answers and remember to address your concerns.

Dr. Jim Sears advised bringing up your questions at the beginning of the appointment, and listing them before you begin discussing things so you don’t forget.

Dr. Lisa Masterson said you should never leave if you’re confused. Always get your questions answered and make sure you feel confident about what you learned when you leave the appointment.

Dr. Travis said you should be specific about your symptoms, such as the details of fever temperatures and durations, as well as treatment you’ve tried. He said you can use a journal or Smartphone app to keep track of your medical symptoms, questions and concerns so you’re prepared for your next doctor’s appointment.