Robin Gibbs was part of one of the biggest bands in history, the Bee Gees. They had their first number one hit in the United States in 1971 which launched them into disco legends.

Gibbs eventually went on to a successful solo career which was cut short in 2010 when severe abdominal pains began to deter his performance schedule. Soon after the pain, he was diagnosed with colorectal cancer. He died in 2012, at the age of 62, after contracting pneumonia and passing away from liver and kidney failure. The cancer had destroyed his immune system so badly he could not survive the pneumonia.

The Drs: Colorectal Cancer is Common

The Doctors called on the help of gastroenterologist Dr. Jorge Rodriguez to help them understand the cancer. 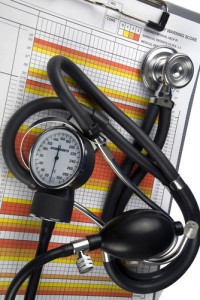 The Doctors talked about Robin Gibbs’ fight with colorectal cancer, how it can be prevented with a colonoscopy and the symptoms for the cancer.

Dr. Rodriguez said colorectal cancer is very common today, ranking as the third most common cancer in both men and women. In America, about 50,000 people die each year from this type of cancer.

He said the primary thing to be aware of is family history because of the cancer’s genetic component. People who are overweight, or have type 2 diabetes will also be predisposed to the cancer.

Despite the recommendations from numerous professionals to get a colonoscopy, Cindy, an audience member, said she is bit nervous to undergo the procedure even though it can be a preventative measure against colorectal cancer. She said a friend of hers had the procedure done and had a lot of discomfort for a month afterwards.

Dr. Rodriguez explained it is important to catch colorectal cancer early. He said getting a colonoscopy is not painful. Dr. Jim Sears chimed in saying he had one done ten years ago and it was miserable because he was awake.

With Dr. Sears’ most recent colonoscopy, he was put to sleep with anesthesia, as is common now, and he didn’t have any discomfort. He said the worst part is the day before when you need to fast and take laxatives. A colonoscopy is recommended for everyone when they turn 50. If a parent had colorectal cancer earlier than 50, you should get a colonoscopy 10 years before they developed the cancer.

Dr. Rodriguez said the worst part about colorectal cancer is the symptoms. He said there are none at all. Since the intestine has nerves on the outside, there will no pain until the cancer has broken through the intestinal wall and it is too late then.