The Doctors commemorated the Super Bowl today with their own Beauty Bowl, featuring solutions for common beauty problems, including cellulite, acne, and even aging.

Every woman can find something they appreciate about their bodies, because every woman is beautiful. A variety of women shared what they liked about themselves, and what makes them beautiful.

The Doctors all observed National Wear Red Day to support women’s heart health. It’s important to get regular heart health checkups and screenings from your doctor. Visit goredforwomen.org for more details and resources. 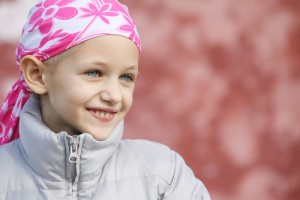 The Doctors are supporting a girl with Leukemia who wants to see Bald Barbies sold.

The University of Pittsburgh School of Medicine are experimenting with stem cells in prematurely aging mice. They have discovered that they can triple the life span of the mice, delaying symptoms of old age.

Dr. Marc Siegel is a Fox News reporter who helped bring this story to light, and he joined The Doctors on Polycom to share more about the story.

“They found out that if they took the stem cells or immature cells from very young mice and injected them into aging mice…they lived two or three times as long, and they rejuvenated,” Dr. Siegel said.

These cells produced a substance researchers called Factor X, a growth substance and immune stimulator that worked throughout the body to promote better health. Researchers said human experiments are next, and there could be exciting developments five or ten years down the road.

The Doctors cautioned that this is just in the research stage, and you can’t find these products or anti-aging treatments on the market today.

Kinley is 12 years old and she has Leukemia. When she lost her hair, she was inspired by the story of another girl who received a bald Barbie during her cancer treatment.

Kinley started a movement on Facebook to get Mattel to mass produce a Bald Barbie in support of women and girls suffering from cancer. They have over 120,000 supporters online, and Kinley’s mom hopes that this project can help other kids with cancer.

Kinley and her mother Becky were in the audience, smiling and sharing their stories. Kinley even shaved her own head when she heard her hair was going to fall out. She said it was annoying to have her hair slowly falling out at inconvenient times.

Mattel shared a statement with The Doctors, saying they have donated almost $30 million to children’s hospitals over the last 10 years. The statement didn’t say anything about producing a Bald Barbie, though. Dr. Jim Sears ‘Liked’ Kinley’s page on Facebook. Click here to if you also want to ‘Like’ Kinley’s Bald Barbie Campaign on Facebook.

Dr. Jim Sears introduced a special video message for Kinley. Victoria Justice is the star of Nickelodeon’s Victorious, which is one of Kinley’s favorite shows.

“I’m a huge fan of the way that you are staying strong and fighting leukemia,” Victoria said.

She invited Kinley to visit the set of Victorious. Kinley was so overjoyed that she did the patented Oprah Ugly Cry, which is how you can tell she was genuinely surprised. That’s awesome.