The Doctors then shared their Doctors News in 2:00, beginning by reporting that the CDC has named antibiotic resistance as one of the top 5 health threats facing the U.S. The widespread use of antibiotics in food is a contributing factor to drug resistant bacteria. A new study issued failing grades to a few popular fast food restaurants for “not having policies to phase out the routine use of antibiotics.”

Both Subway and Starbucks were among those restaurants receiving an F. McDonald’s received a C grade because their policy not to serve chicken given antibiotics doesn’t apply to their beef or pork items. 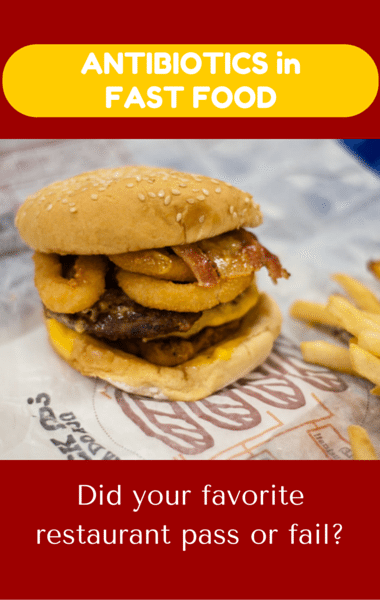 The Doctors talked about the CDC’s efforts to persuade fast food restaurants to stop using antibiotic-given animals for their food. (stephen-oung / Flickr)

Panera and Chipotle earned top remarks for not serving meat produced with antibiotics.

When Jessica Biel decided to have a baby with Justin Timberlake, she wondered how hard it would be to get pregnant after being on birth control. It was then that she realized she didn’t know what was happening inside her own body. Now, the 33-year-old mother of a 5-month-old son, is teaming up with WomanCare Global founder, Saundra Pelletier in order to educate women about their bodies in an online education series. The series will cover everything from puberty to contraception, to try to bring down the number of unplanned pregnancies.

The Doctors: Julianne Moore In Freeheld

The Toronto Film Festival is about to come to an end and the movie most people are talking about is Freeheld. Julianne Moore plays police officer Laurel Hester, who after being diagnosed with terminal cancer, fought to have her pension benefits transferred to her domestic partner, played by Ellen Page.

The Doctors: Sleeping On Your Side

For their Prescription of the Day, The Doctors shared that a new study done on rodents found that when they slept on their sides, it seemed to prevent the build-up of a protein that can cause Alzheimer’s. Side-sleeping can make it easier to remove toxins that lead to dementia. More studies are certainly needed, but until then, try sleeping on your side!