What’s the first thing that comes to mind when you think of Paula Deen? For me, it’s butter, which she seemed to add to nearly every recipe. Once, I even saw Paula Deen Butter Lip Balm for sale online.

If you hadn’t heard, the celebrity chef known for her decadent meals recently announced she has Type 2 Diabetes. Now, she’s speaking out in favor of a healthy lifestyle and has even taken a deal to be spokeswoman for a diabetes drug. 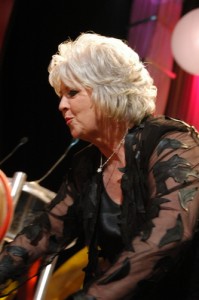 Critics are saying she can’t have her cake and eat it too, pun intended. The public is unlikely to embrace Paula as an expert on healthy diets after she built her career telling America to eat fatty foods.

“I don’t do it seven days a week,” Paula Deen said in an old news clip, referring to her lavish diet. “But when I do, I do it.”

Dr. Travis Stork started the conversation with some statistics. He said 95% of Diabetes in America is Type 2 Diabetes, and 80% of those cases are the result of lifestyle choices. Rates of Diabetes, now at 10% of the population, are on the rise, and are projected to make up one third of the population by 2050. If you’ve watched The Doctors at all, you probably have some idea about the connection between your diet and your health.

“It’s really no surprise she got Diabetes,” Dr. Jim Sears said. Dr. Travis Stork said he has tried not to be critical of Paula Deen or anyone with Diabetes, though lifestyle is a huge factor. But now that Paula Deen has signed up to represent a Diabetes medicine, Dr. Travis thinks this looks bad.

Paula Deen will make money from cookbooks and TV shows that could contribute to her fans’ health problems. Then they are likely to take her advice when it comes to Diabetes treatments, so she could be profiting from making people sick.

Dr. Lisa Masterson said the best thing she could do is use this diagnosis as an opportunity to take advantage of her platform in the spotlight to raise awareness about these issues and educate the public on healthier eating habits.

Dr. Travis said America tries “to treat lifestyle illnesses with pills. Pills do not save you from Diabetes,” he said. He said he often sees the long term effects, such as amputations, Heart Attacks, and even Kidney Failure as complications from their illnesses. Dr. Travis emphatically said that while Paula Deen is a good person and accomplished chef, he does not feel she should be endorsing medical products.

Dr. Jim showed one of Paula Deen’s signature dishes, a Bacon & Egg Burger with Donuts for buns. Dr. Lisa said Obesity is a similar habit or addiction as Smoking, and people with poor eating habits shouldn’t be vilified, but given the help they need.

Dr. Travis said Paula Deen could suggest little ways to make her recipes less unhealthy. He said he is passionate about this topic because people don’t understand the connection between their diets and the consequences. Making lifestyle changes can help you better manage your health, and even prevent conditions such as Type 2 Diabetes.

What do you think about Paula Deen’s recent news headlines? Are you a fan? Will you still be using her recipes?