The Doctors: Mercury in Fish and Seafood While Pregnant 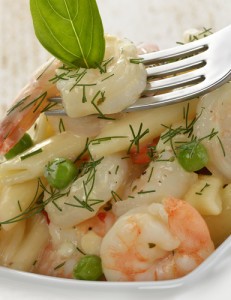 Many pregnant women know to avoid certain types of fish while pregnant because of mercury, but you can find mercury in many surprising household items, like batteries and thermometers.

A pregnant viewer sent in a video to The Doctors and said she knows she can’t eat sushi, but wondered if there were ways she could be exposed to mercury in other types of seafood.

According to Dr. Lisa Masterson, women need to avoid sushi when pregnant because it’s raw and there is a risk of Toxoplasmosis and Listeria. Mercury is a huge problem because it gets in your fish, but you do want to eat fish when you’re pregnant because of the Omega-3 fatty acids.

The liquid in a thermometer can be harmful, so if you drop it and it breaks and you ingest it, touch it or inhale it, it could be harmful to you and your baby. It can cause problems with a baby’s nervous system, it’s kidneys and a lot of birth defects.

Fluorescent light bulbs also have mercury in them, so if one breaks, you don’t want to be the one to clean it up. Batteries, especially flat ones, can also emit mercury. Dr. Masterson said to not keep light bulbs or batteries in a drawer.

Dr. Masterson said that a number of women worry about dental fillings and the amount of mercury they have. She said you don’t want to remove them, and there shouldn’t be enough mercury in them to cause problems with your pregnancy. If you do need a filling while pregnant, you should talk to your doctor about making sure you get the kind without mercury in them.