The Doctors TV show was all about how friendships can change your life.

Matthew Buchanan has known Dr. Travis Stork for 30 years. The pair met in junior high school and roomed together at Duke for three years. They both share a passion for health and medicine, and have been on many trips together.

He shared that Dr. Stork is addicted to medicated ointment, and that he always has it with him. He said if you get close enough to Dr. Stork, you’d except to smell cologne but you’ll actually smell the ointment. 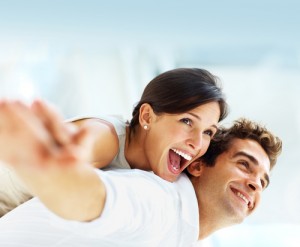 John Meager said that he goes back 46 years with Dr. Andrew Ordon. He met him in Long Beach, California, where Dr. Ordon had moved from Chicago. The two men went to high school together, and Meager was the best man at Dr. Ordon’s wedding.

Meager shared photos from Dr. Ordon’s modeling days, and said he’s a great husband and a great father to his kids.

Gregg Klang said that he’s known Dr. Jim Sears for about 12 years, and they have shared hobbies of sailing, surfing and cycling. Klang said that the most embarrassing thing about Dr. Sears is that he loves pop music, especially the song “Call Me Maybe.”

The Doctors: Dr. Lisa Masterson is Addicted to Buying Lingerie

Donna Lane has been friends with Dr. Lisa Masterson for eight years, and was impressed by the work she’s done in Africa and India. Lane and Dr. Masterson have traveled all over the world together.

The Doctors’ best friends surprised them on the show, and Dr. Stork said that one of the greatest things is being able to call on your friends. Check out the doctors and their BFF’s in the video below.