The Doctors: LAVIV Procedure Gets Rid of Wrinkles?

According to The Doctors TV show, there’s a new way to get rid of wrinkles and it doesn’t involve surgery or fillers.

Dr. Karcher then reinserted the cell’s into Lindsay’s skin to rejuvenate her and get rid of wrinkles. She also performed the same procedure on another woman, Michelle. 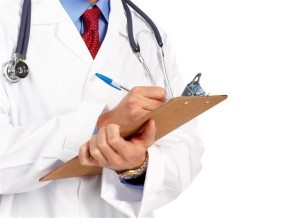 The new LAVIV procedure injects your own skin cells back into your face to help get rid of wrinkles.

Dr. Andrew Ordon said that harvesting the fibroblasts creates collagen to give you youthful looking skin, and it takes six months to harvest the new skin cells. The Drs. showed before and after pictures of women who had the LAVIV procedure, and they had noticeable results.

LAVIV is now FDA-approved, and it should last longer than fillers because you’re putting actual cells in someone. Dr. Ordon said that they get the skin pieces from behind the ear because it’s easy to get to, the skin is thin and it’ll heal up and not be noticeable.

Dr. Travis Stork said the hangover isn’t just a movie: it’s an aching head, nausea and pain. But is there a cure?

“Mercy” is a new drink that you ingest while you’re drinking alcohol and the key ingredients will give you back B vitamins and potassium. Hypothetically, the natural extracts will help you metabolize the Acetaldehyde, which is what makes you feel hungover.

Dr. Jim Sears was convinced that it’s just an energy drink with a new label. He showed the audience new pills called “Pregame” that you take before you go out. He said they’re basically a bunch of vitamins and he doesn’t think it’ll cure your hangover.

Dr. Lisa Masterson talked about “Blowfish for Hangovers,” a new fizzy drink that will give you energy and has 1000 mg of aspirin and the same amount of caffeine as a cup of coffee. The doctors agreed that this will actually further dehydrate you.

Dr. Stork said if you want to cure your hangover – don’t drink so much. Dr. Ordon said that you also shouldn’t drink on an empty stomach. See the LAVIV procedure in the video below.