The Doctors: Doctor Charged With Murder

We’ve heard for decades about the War on Drugs. But did you know that Prescription Drugs are killing twice as many people as Cocaine and five times as many people as Heroin every year? The Doctors shared a controversial story about the California doctor who’s being charged with murder after multiple patients overdosed thanks to her prescriptions.

Dr. Lisa Tseng is charged with three counts of Murder with Implied Malice, as well as 20 felony counts of Prescribing Without Legitimate Purpose, and it’s the first case of its kind to charge a doctor with murder for over-prescribing. Investigators had been monitoring her prescription activities and busy practice before they collected enough evidence to bring charges against her. 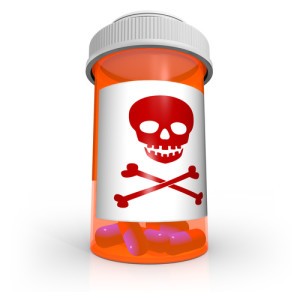 A California doctor is charged with murder after multiple patients died from taking her pain prescriptions.

“Charging a physician with murder is highly unusual; we ask that judgment is reserved until Dr. Tseng has had her day in court.”

Dr. Travis said this case is a wake-up call for everyone that these medications can be deadly in certain doses. Dr. Sanjay Gupta reported that “someone dies every 19 minutes from some sort of misuse of prescription drugs.” That is shocking to me.

Also, Dr. Travis said that many doctors are quick to prescribe pain medication, skipping over other more conservative approaches to pain management.

The Doctors shared the story of April Rovero, whose son was a college senior about to graduate. He had an appointment with Dr. Tseng, and received a prescription from her for pain. He died nine days later.

Joey was an athlete, and his mother remembers his fun and active childhood. She last saw her son at Thanksgiving in 2009, and a few weeks later he and his friends visited Southern California for appointments with Dr. Tseng.

April claims her son barely got an examination, and walked out of her office with three prescriptions for painkillers. Tragically, Joey’s wife called April to report that he had been found unconscious, and the family worried and waited until they learned that he passed away.

Though there was not much medication in his system at the time of his death, the combination of prescriptions was what caused his death. Joey’s father said that he feels pain medication takes away patients’ free will.

Joey is one of the three patients whose death is involved in Dr. Tseng’s charges. April joined The Doctors in the audience, calling it “amazing to know how many people don’t have a clue that these drugs are being abused by our young people, and people of all ages.”

Dr. Travis said that 1 in 20 Americans admits they are taking prescriptions they don’t need. That’s about 12 million people abusing prescriptions, and it changes the conversation about prescription medications.

Mixing medicines, especially with alcohol, can slow down your brain functions, and that’s a problem because “your brain is what tells your body to breathe.” As the brain slows down, so does your breathing, and the more medications you introduce into your system, the greater the risks become that you will hyperventilate or stop breathing.

Dr. Travis said that Joey took ADHD medication, and some patients will try to find anti-anxiety medication to help them calm down at night. He added that patients who are naive about these medications are most at risk.

Here are some things to watch out for if you suspect a family member or friend is having problems with prescription medicines.

In response to Joey’s untimely death, April and her husband have started the National Coalition Against Prescription Drug Abuse. More information on the organization is online at ncapda.org.

Dr. Gupta said that he learned in doing his documentary that people really don’t know the dangers of these medications. He said that it’s not addicts or celebrities that are most at risk. It’s people who don’t know what they are getting involved in.