The Doctors: Baby Delivered In Car

Want to see something gross? A Texas woman couldn’t wait the 45 minutes it took to drive to the hospital when she was in labor. Instead, she delivered the baby while sitting calmly in the passenger seat of her car as her husband drove down the freeway.

You can watch the Birth Of Willow video, but you should know it’s kind of graphic.

I actually saw this video for the first time on Tosh.0 this week, so it’s weird to see it in a medical contest, but at least now I don’t have to wonder if it was fake. Baby Willow looked healthy as she emerged. I’m a little concerned that the father videotaped this birth while driving down the interstate. 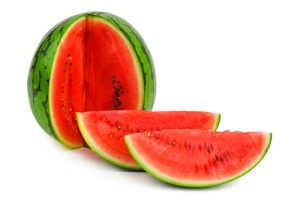 Can you imagine being hit in the face with a watermelon? Amazing, it happened to a reality show contestant.

At any rate, the baby’s father, Zachary, joined The Doctors by phone to give an update, saying the mother and baby are both doing well. Dr. Lisa Masterson asked Zachary why he didn’t pull over. He said they were still 30 minutes away from medical assistance, so they kept driving toward their destination.

Dr. Lisa said the best thing to do in this type of emergency is to pull over to the side of the road. She also suggested putting down the camera and calling 911 for medical assistance.

In this case, everything worked out happily, though I’m surprised Zachary’s wife was cool with him putting this video all over the Internet. Dr. Lisa is not an advocate of self-delivery for babies, but at least that kid is going to have a great college essay. Evenflo gifted the family with strollers, car seats, and other baby travel accessories to keep Willow safe on the road in the future.

Dr. Travis Stork said catching a baby is like catching a watermelon, which was an awkward transition to introduce a clip from The Amazing Race, in which contestants had to fire a watermelon from a slingshot. It did not go as planned for one contestant.

You can watch The Amazing Race: Watermelon Launch to see it for yourself.

The slingshot turned on one woman and shot the watermelon directly into her face. That episode was crazy, but unbelievably, the woman didn’t suffer a concussion and even continued to complete the task at hand.

What Is A Concussion

Dr. Travis explained how a concussion happens, explaining that the brain can move around your skull. “A concussion is actually, by definition, a mild brain injury where there is no obvious evidence,” he explained.

Mild Concussion Symptoms could include headaches, confusion, and temporary amnesia. More serious cases could result in a loss of consciousness, leading to more severe symptoms including nausea and vomiting.

Dr. Travis said one of the best things you can do to treat a Concussion is preventing it from happening again. Don’t let your child go right back out on the field or put yourself back in a situation to immediately sustain another head injury.