The Doctors were setting the record straight on common myths and realities in the medical world. The first question they wanted to tackle was whether or not everyone should have a bowel movement once a day. Many people thought it was a reality, while a number of other audience members thought it was a myth. What do you think? 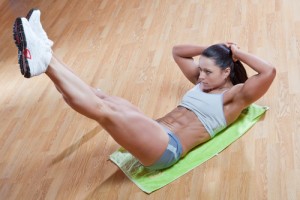 The Doctors talked about the regular bowel movements problem in America, using the restroom every day and met Autom, a robot that acts as a fitness trainer.

The Doctors revealed it was a myth. You do not have to go to have a bowel movement once every day. They said constipation is having fewer than three bowel movements a week, and the amount of bowel movements you have depends on your body. Some people go once a day, some go twice a day and some people go every other day. The Doctors explained when you eat something, your body will absorb the nutrients. What is left over is the stool. The more fiber and fluids in your diet leads to more stool and more regular bowel movements.

As Dr. Travis Stork put it, “We have a bowel movement problem in America. Everyone needs to be more bowel conscious. But remember, if it starts to hurt when you are using the bathroom, make sure to see a doctor.”

Are you trying to lose a few extra pounds and think hiring a trainer is going to help you shed those last stubborn pounds? You may be in luck. The Doctors talked with Dr. Cory Kidd, a doctor with a Ph.D in human robot interaction, who made Autom, the robotic fitness trainer. The interactive and social robot is programmed to keep track of your food intake and exercise activity.

Autom has the ability to communcate with you while you try to loss weight and it can also learn about you, the more you talk to it.  “Autom will have a conversation with you about how well you’ve eaten and how much exercise you’ve done,” Kidd said. But can a root really help you lose weight? What do you think?

Autom will be available to purchase in June 2013.