Next, The Doctors met a man named Tony Ciaglia. He was a normal, active and popular teen. But his life took a dramatic turn when he was 15 years old and a speeding jetski hit him in the back of the head. His heart stopped and he was in a coma for over a month.

After the accident, his parents said his personality changed dramatically. “He was volatile, he was aggressive,” his father said. It also seriously affected his brain, causing him to forget basic facts like the order of the days of the week, or the names of the seasons of the year. 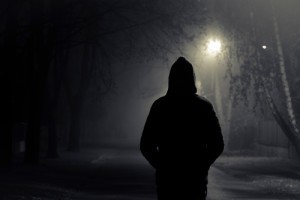 Tony Ciaglia writes to serial killers as a hobby after suffering a traumatic brain injury.

Tony said he made great strides in physical recovery, but was still struggling with some of his mental acuity. A psychologist suggested to him that he pick up a hobby, so he began exploring infamous crimes and serial killers.

Tony sent a mass mailing to murderers and serial killers, who responded with thousands of letters and works of art. One inmate even mailed Tony a tooth. He said that his experience taught him to “never give up hope.”

Tony appeared on set with The Doctors, who I hope will explain how this all adds up. Dr. Ian Armstrong, a neurosurgeon, also joined Dr. Travis. Tony said that writing to serial killers started as a hobby. He wanted to reach out to murderers, I guess because he identified with their sense of isolation.

“You’re communicating with them, and they’re telling you secrets,” Dr Travis said, noting that his correspondence has actually aided ongoing police investigations.

Tony shared an update. “I have been able to solve a cold case in Alaska, and I’m also working on some other ones right now, with the National Federation of Missing and Exploited Children,” he said.

The Drs TV: What Happens In Traumatic Brain Injury

This is strange, and I feel like they’re still not completely making the connection. Dr. Ian Armstrong explained that a Traumatic Brain Injury is caused by the sudden forward and backward movement of the brain on impact, which can bang against the skull.

Dr. Armstrong explained that there are 100 billion Nerve Cells, or Gray Matter, in the brain, connected by pathways called Axons. He said these make up our life and personality, but when they’re injured, they die off. Dr. Travis said this can change your personality and even cause you to lose your memories.

The Doctors: How Trauma Changes The Brain

Some of these injuries won’t be visible on MRIs or CT scans, and the brain could even shrink as a result of this type of trauma. Dr. Travis showed Tony’s MRI scans, showing the contrast between normal areas and areas of atrophy and brain damage in Tony’s brain.

Aggression, memory problems, apathy, and even loss of social cues can be associated with brain injuries. Tony said he doesn’t look like he is disabled or has anything wrong with him, as opposed to someone in a wheelchair or on crutches who has a visible injury.

“You can never predict what the personality changes are going to be, but if it’s a severe enough injury, the one thing you can predict is that there will be changes,” Dr. Travis said. He praised Tony’s family for supporting him over the years.

Al, Tony’s father, said that his son was suicidal and despondent when his friends abandoned him. Dr. Travis said it can take years for people to begin to recover from a brain injury like Tony’s.

There is a book based on Tony’s story that could shed more light on his work with murderers. It’s called The Serial Killer Whisperer by Pete Earley.

After a skit featuring a hockey player, his girlfriend, and a referee (where do they come up with this stuff?), Dr. Andrew Ordon revealed that there is a connection between low testosterone and early death.

But Dr. Jim Sears said it’s easy for your doctor to test for this if you think you’re having symptoms. Other conditions or medications could also lead to these symptoms.

Dr. Lisa Masterson said Low Testosterone can really have a psychological impact on men, who might not want to get checked out. But there are easy solutions to getting you back on track.