The Doctors: Does Having Your Tubes Tied Affect Periods?

The Doctors talked to Jessica, who had her tubes tied after having two kids. She wondered whether having her tubes tied affected her period. Now, every month, she has cramps so strong that she cries. That never happened before her tubes were tied. Dr. Jennifer Ashton said that having tubes tied doesn’t affect the ovulation process or change the bleeding pattern.

But it does cause pain, because there are fluids that go through the Fallopian tubes that can expand the tube following the procedure. Jessica said that her pain has increased. Dr. Jennifer Ashton advised she get an ultrasound done to see if there’s a fluid build-up. In the meantime, Ibuprofen can help treat the pain. 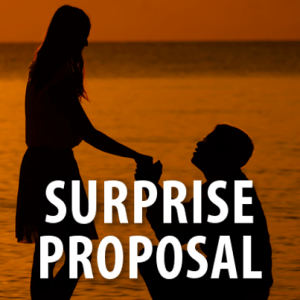 The Doctors had a special marriage proposal on the show. (Happy Together / Shutterstock.com)

Jessica’s boyfriend, Bart, also had a question. He said he knew Jessica loved The Doctors and that she always learns a lot from the show. So Bart took this opportunity to ask her to marry him. “My question for you is will you marry me?” he asked. She said yes! Then the tow of them hugged and kissed while the audience cheered.

Personally, I thought this was really bizarre. It was nice to see a marriage proposal on The Doctors. But Jessica just got done talking about her menstrual cycle with Dr. Jennifer Ashton, an OB-GYN. No one would ever propose at an OB-GYN office. It seemed out of place here. Still, it was nice to see the beaming couple after the proposal.

The Doctors reached out to the spa at the Trump International in Hawaii and they sent the couple there to have a rejuvenating time. They also talked to Oleg Cassini, who has dressed some of the most famous women in the world, including Kim Basinger, Marilyn Monroe, and Jackie Kennedy. So Lee Nestor, the design director of Oleg Cassini, had a room full of wedding dresses for Jessica. Dr. Travis asked her if she was in the mood to try some dresses on.

Jessica looked amazing in her dress and Dr. Andrew Ordon had Bart put on a special mask so he wouldn’t see the bride before the wedding.