The Doctors kicked off their Friday News Feed by talking about the Zika virus that has everyone on high alert. The virus is spreading, as are fears of birth defects. President Obama called for urgent action against the Zika virus, asking for rapid development of tests, vaccines, and treatments for the virus, which has been linked to babies being born with underdeveloped brains. U.S. health authorities are monitoring mosquitos, but how prepared are we? Dr Sanjay Gupta joined the show via Skype to talk about the virus.

Dr Gupta shared that the World Health Organization is concerned enough about the virus to hold a special meeting, which they haven’t done since the Ebola crisis scare. The WHO believes the virus is one that will spread “explosively” and they want to see what they can do to try to reduce that. Dr Gupta shared that babies are being born in Brazil with heads and brains that are too small and in fact 4,200 babies were born that way over a 2 month period. Before that, just 146 babies were born with the condition before that. 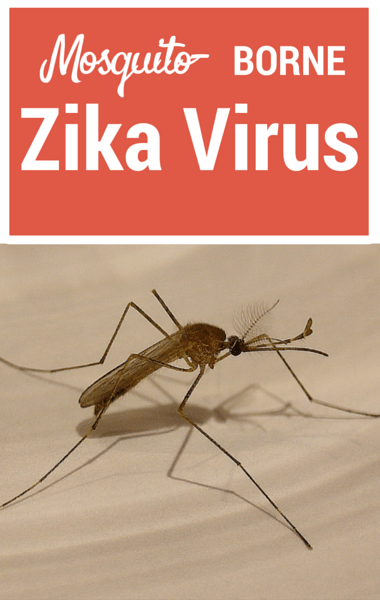 Dr Sanjay Gupta spoke with The Doctors via Skype about the mosquito-borne zika virus that has already caused thousands of birth defects. (edans / Flickr)

The Doctors: Symptoms Of Zika Virus

Dr Sanjay Gupta explained that the virus used to just be confined to Uganda but it’s spread in recent years. The problem is that because so many people in the world have never seen or been exposed to the virus, they’re not immune to it. It’s also rare to see a virus cause such a specific problem like the birth defects. Four out of five people who get the Zika infection will either have no or few symptoms and develop their own immunity to it, but it’s pregnant women, particularly those in early pregnancy, that are most at risk.

The weather problems could easily be what’s driving the spread of the virus. Things like screens on windows and air conditioning can keep a lot of the mosquitos from causing as big of a problem as they do elsewhere. The main areas of concern are countries in South America and the Caribbean. People with the virus in the U.S. traveled to those areas, which means they didn’t get the virus in the U.S.

El Salvador has gone as far as to recommend that women don’t get pregnant until 2018. Brazil officials are working hard to control the issue before the summer Olympics, even going door to door with repellent. If you’re pregnant and you don’t have to visit Brazil or another country in the area, it’s best to not go right now.

While The Doctors were speaking with Dr Sanjay Gupta, they wanted to ask about the Flint, Michigan water crisis, since Dr Gupta had recently visited the area. Dr Gupta said he’s traveled all around the world and yet he’d never seen anything like what he saw in Flint. When it comes to lead, 5 parts per billion is cause for concern and one home had 13,000 parts per billion, while 5,000 parts per billion is associated with toxic waste. He said what’s most shocking is that the problem was known about for quite some time yet no one did anything about it.

A lot of individuals in Flint, if not all of them, were ignored, which Dr Gupta described as “disheartening.” What was hard to see for him personally, was all the parents that blamed themselves for their children’s high lead levels, because despite their efforts, nothing was done to protect them from lead poisoning. Dr Travis Stork then shared that unfortunately, it’s not just a Flint problem because a rural town outside of Youngstown, Ohio learned that they also had high levels of lead in their water over the summer.

The problem is occurring because of the corrosion of lead pipes that carry water to those communities. Several celebrities have come out of the woodworks to donate to the cause in Flint.

Before the end of the segment, Dr Travis Stork wanted to take a moment to share news of an elementary school principal, Susan Jordan, from Indianapolis, who was killed protecting her students when a bus hopped a curb. Susan pushed two students out of the way, saving their lives, losing her own in the process. Dr Stork said that everything he heard and read about the woman proved that she dedicated her life to her students, and he thanked her for her service, calling her a true hero.