The Doctors know that food allergies can be incredibly dangerous, but would you have thought it could actually lead to prison time? They shared that a restaurant owner was charged with manslaughter after a man in England took a bite of curry at in Indian restaurant in England and died. The man had a severe peanut allergy and went into anaphylactic shock. The restaurant own is accused of not disclosing the ingredients in the curry that caused the man’s death. Authorities are now cracking down on restaurants that use ground peanuts rather than almonds because of the cheaper price, and failed to disclose the ingredients. 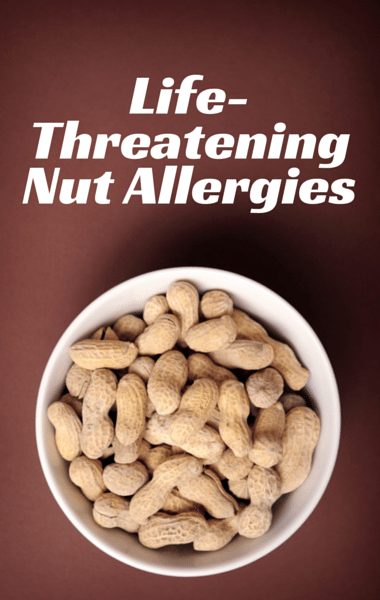 The Doctors explained how a deadly allergic reaction led to a manslaughter charged, and what you should do if you suffer from food allergies. (usdagov / flickr)

In the United States, a wrongful death suit was filed in Florida after an 11-year-old ate a cookie from a grocery store bakery and later died. He had a severe nut allergy but the store allegedly told the boy’s family that the cookie didn’t contain nuts and failed to display warnings.

This segment hit close to home for Dr Jennifer Ashton, who has a severe nut allergy. She shared that she had an anaphylactic reaction after having a latte at a popular national coffee place, which substituted almond milk instead of soy milk, unbeknownst to her. Her throat closed and she had to go to the emergency room. She said you don’t realize that the millions of people with severe food allergies can die from improper food labeling.

Dr Travis Stork said cross-contamination can occur with any product at any time, so even if something doesn’t have nuts in it, it could have come into contact with another product that did. He said you can never really say with certainty that it contains no nuts. Dr Ashton said that ever since that happened to her, she now carries two Epi-Pens and a full allergy bag. She said because it almost killed her, she took the responsibility. If she has any question at all, she doesn’t eat it, in order to protect herself.

The Drs: Better Safe Than Sorry

The Doctors pointed out that Dr Ashton didn’t develop her allergy until much later in life, but food allergies in children are on the rise. You can both grow into allergies as well as grow out of them. She said it’s important to know that a lot of dessert crusts are made with almond paste, and you shouldn’t take the chance unless you’re making it in your own home.

The takeaway is that if you have a severe food allergy, you should always be prepared just in case you consume something without knowing. Also, if you’re in the food business, when in doubt, just say you’re not sure if there are nuts in your product, because it could potentially save their life.