The Doctors shared news of an 18-year-old woman who is suing her parents claiming they allegedly posted hundreds of embarrassing and intimate photos of her from her youth, despite her asking repeatedly for them to be taken down. Dr Travis Stork questioned whether we have begun sharing too much these days, and everyone seemed to agree. They acknowledged that the parents probably should have just listened to their daughter, but is it really worth suing over?

Where do you stand on the topic? 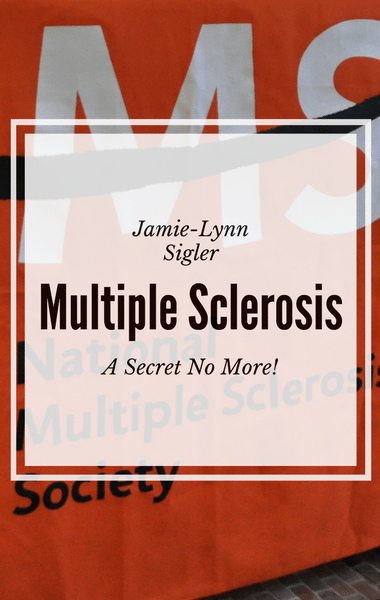 Jamie-Lynn Sigler opened up to The Doctors about how she went from hiding her MS diagnosis, to a voice for those living with the illness. (komunews / Flickr)

Switching gears, The Doctors then turned to actress Jamie-Lynn Sigler who was ready to finally open up about a health secret she had hidden for years. The former Sopranos star hid her multiple sclerosis diagnosis for 15 years until early in 2016, the wife and mom broke her silence. She has since become a voice for MS and joined The Doctors to reveal new details about her career and living with MS.

Jamie-Lynn explained that keeping her secret seemed like another job. She realized that if she had to ask her 3-year-old son to keep her secret as well, she wouldn’t be setting a very good example. It was important for her son to learn compassion and to know that no matter your circumstance, you deserve a full and happy life. Thanks to a wonderful support system, she was able to open up about her diagnosis, but didn’t expect the “level of responsibility” she now feels as a representative of the MS community. Thankfully, she’s been given a platform for people who suffer in silence.

The Doctors: Jamie-Lynn Sigler Encouraging Those With MS

Jamie-Lynn became a part of the Reimagine Myself campaign about reimagining yourself with relapsing MS or any other autoimmune or chronic disease you may have. “You have to alter things, but it doesn’t mean that your life has to stop,” she stated.

Jamie-Lynn was symptom-free for a long time, but then she went through a stressful divorce and things started to manifest. When she was initially diagnosed, she wasn’t good about keeping up with treatments. She began experiencing problems with bladder control and her right side is significantly weaker than her left. She hasn’t been able to run in ten years, but she’s been writing blog posts about getting diagnosed, working with MS, motherhood, marriage, intimacy, and more. It’s important to understand that MS affects everyone differently. The one thing Jamie-Lynn wants people to take away from her message is the importance of having a good support system.