The Doctors: What Your Face Says About Your Diet

What does your face say about your diet? Dermatologist Dr Sonia Batra joined the show, using Dr Travis Stork’s head shots to show what “sugar face” looks like. Eating too much sugar can form harmful molecules that bind to protein and target collagen, which leads to wrinkles and sagging skin. It can also lead to acne. Also, as many of us age, we lose the the enzyme that allows us to break down the lactose sugar in milk, which can trigger inflammation. It can cause redness and sagging of the skin. Hormones in dairy products can further the negative effects.

Lastly, was what can happen when you drink too much alcohol. It can cause dilated blood vessels, making you look flushed. It’s also dehydrating which can accentuate wrinkles and make you look tired.

The Doctors: Teenager With Endometriosis 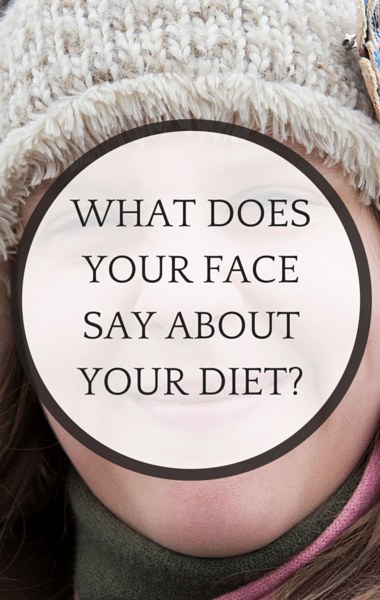 You truly are what you eat, and The Doctors looked at the effect certain diets can have on your skin. (monkeymyshkin / Flickr)

The Doctors then switched gears to share Julia’s story. Julia shared that during her menstrual cycle, she bleeds really heavily and sometimes has to go to the emergency room because the pain is so severe. She feels as if she’s being stabbed over and over. Even from the beginning, when she first got her period at the age of 13, she would get headaches and stomach issues. She then started getting her period twice a month, and a doctor put her on birth control, antidepressants, anti-anxiety medicines, and even antibiotics. She was finally diagnosed with endometriosis, which is a painful disorder in which the tissue lining the inside of the uterus, grows outside the uterus.

Julia used to be an active cheerleader, but now she’s left suffering without a solution. Dr Jennifer Ashton wanted to make it clear that endometriosis isn’t related to heavy menstrual bleeding, which means there are two unrelated issues that Julia has. Dr Ashton added that endometriosis is truly only diagnosed with surgery, but there are a lot of treatment options available. Dr Tamer Seckin, a board-certified gynecologist would perform surgery for Julia for free, to treat her endometriosis and help get her quality of life back. The Doctors also set her up with a psychologist in her home town to help Julia throughout her treatment process.

Next, if you love Adele, you can actually use a kitchen spoon to get her signature cat-eye look. Use the handle of the spoon at the angle you want, as a guide to drawing on your eyeliner at the edge of your eye. Then flip the spoon over and use the curve to give you the wing effect. You’re left with instant glamour! Glamour was the word of the day and if you enter the word glamour on The Doctors’ website you can enter for a chance to win the BrushPearl ultrasonic makeup brush cleaner.

The Doctors: Zika Virus From Mosquitos

For The Doctors’ News in 2:00, it was reported that the mosquito-related Zika virus has now been found in 21 countries. Infection symptoms include fever, headaches, and conjunctivitis. But for babies in the womb of an infected mother, the heath complications can be severe. BBC has reported the Zika virus is linked to “thousands of babies being born with underdeveloped brains” and some countries have advised women “not to get pregnant.” The largest outbreak was reported in Brazil, which is why officials are strategizing how to handle the situation before the upcoming 2016 summer Olympics. Prevention techniques involve inspection and elimination of breeding grounds before the games, daily mosquito sweeps during the games, and fumigation on a case-by-case basis.

Matt Damon received an Academy Award nomination for his role in The Martian where his character had to learn to create food and water on Mars to survive. Damon and Water.org, his foundation, are teaming up with Stella Artois to make sure that everyone on earth has access to safe and clean water. According to the WHO, one in ten people globally are deprived of clean water. For every limited edition chalice sold, Stella Artois will donate five years of clean drinking water to one person in the developing world.

The Doctors: Smile To Lower Stress

For the Doctors’ Prescription of the Day, Dr Travis shared a way to destress in an instant. Show your teeth and smile! When you smile, you’ll feel happier! Fake it until you make it!