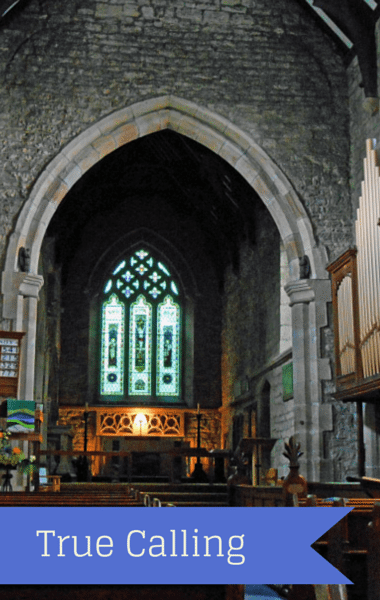 The Doctors heard from a former lawyer who became a pastor. (duncanh1 / flickr)

The Doctors wanted to know if you would risk everything to find your true calling in life, because that’s exactly what one man did. Bernie Dorsey was a trial lawyer for 12 years, but then one afternoon he decided his life would be better served as a pastor. Now, through the church he founded, he travels the world to inspire others to transform their spirits, just as he did.

Pastor Bernie joined the show and Dr Travis Stork shared that they have been close friends for 25 years, ever since they met as freshmen in college. Bernie had to sell practically everything and move into a small apartment in order to follow his calling. Bernie said when you think about the lives you may touch, all the sacrifices he and his wife have had to make were worth it. Bernie said some people can live without knowing what their true calling is, but personally, he couldn’t do that.

Dr Stork joked that the reason he became a doctor and Bernie became a minister was because they couldn’t make the NBA. Bernie said he was so blessed to be on the show and share the moment with Dr Stork. The audience truly enjoyed all the old pictures of Dr Stork during his college days, and Dr Drew Ordon just had to share some footage of Dr Stork dancing and busting some moves!

Would you sacrifice everything to follow your true calling in life?

The Drs: Cryotherapy Put To The Test

The Doctors then shared that Dr Drew Ordon was so intrigued by a full body cryotherapy tank that he wanted to put it to the test himself. He explained that he had just finished four hours of surgery and could feel a lot of tension in his back, neck, and knees. Robin Kuehne, CEO of Cryohealthcare Inc., explained that Dr Ordon would walk into the chamber that was -220 degrees F. Dr Jonas Kuehne explained that it was actually developed by a rheumatologist to treat rheumatoid arthritis.

Dr Ordon stepped into the tank in his boxers and could only cuss and say “it was cold, really cold!” He later explained that it was like walking into a meat freezer, but so much colder. He said it was like a rush, and when it was over, he felt a lot better. Cryotherapy has been used for many other health issues, and it’s known that cold is good for inflammation. If you’re pregnant, have circulation issues, or heart disease, you shouldn’t try this.

Would you step into the cold tank?