The Doctors love to look at various health products to give their audience better insight into whether they’re worth the money. First was a sauna face mask that claims to help you reap the benefits of a sauna, just by applying a $2 mask! The self-warming face mask claims to help bring back a glow to your skin. Three women in the audience agreed to give it a try, as Dr Sandra Lee explained that warmth brings more blood vessels to the face, giving the appearance of a glow, and of course it’s going to feel good. One of the three women seemed to love it, while the other three were laughing at just how much heat they were experiencing!

Dr Lee suggested for a product like this, you test it on the back of your hand first and only use it every now and then. 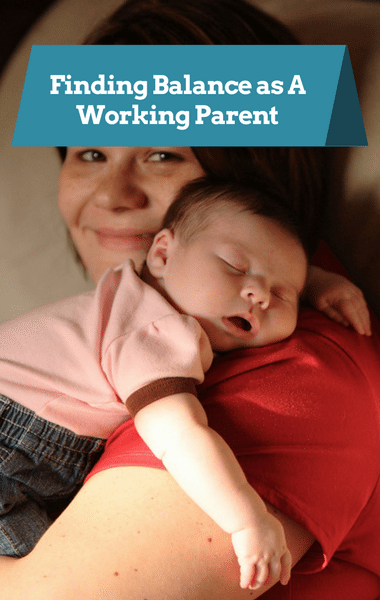 Author and work balance expert Samantha Ettus helped one mom ease her anxiety over going back to work after maternity leave. (rtdphotography / Flickr)

Approximately 70% of women with children are working moms who struggle to find balance in their own lives. Taline is one of those women, and she’s been out of work for about two months to take care of her newborn. She’s going back to work and experiencing a bit of anxiety over missing out important things in her son’s first life. She’s also concerned about her relationship with her husband, because she knows when she comes home from work she’s going to be so focused on their baby.

“The Pie Life” author and work balance expert, Samantha Ettus, joined the show with Taline. Samantha first suggested that Taline “take guilt off the table.” Samantha also noted the importance of giving yourself permission to take part in six or seven different aspects of your own life, including work, children, spouse, friends, and other hobbies. She suggested that Taline try to set her own hours to make things more predictable both at home and work. She also wanted Taline to nurture her marriage, even if it means going on a weekly date night without the baby. A stronger marriage is a stronger child, according to Samantha.

Lulu’s surprised Taline with $3,000 to put toward a new wardrobe to make the transition back to work a little easier!

Dr Travis Stork then revealed some of Hollywood’s most bizarre beauty secrets. First was personal lubricant, and “besides the obvious” hot stylists claim the product is great to put in your hair to smooth it out and slick it back to avoid fly-away’s. Second was matches, because the side of a matchbook works great to file your nails!

Caviar was the word of the day and you can use the word caviar on The Doctors’ website to enter for a chance to win a skin care set from EMK, including their white caviar brightener and filler.

The Doctors: Child Trying To Wake Mother After Overdose

For The Doctors’ News in 2:00, a video of a 2-year-old girl trying to wake her mom who collapsed after an apparent heroin overdose, was shared as an example of child endangerment. The footage was captured on a customer’s cellphone at a department store in Massachusetts, and after being revived, police arrested the woman who had evidence of fentanil and heroin on her.

Health officials in Southern California have now confirmed that a grade school has leprosy. The bacterial infection can spread through mucus and be treated with antibiotics. If left untreated, it can cause severe nerve damage, deformity, and disability. School officials reported that leprosy is difficult to contract and all classrooms have now been sanitized.

There are 150 leprosy cases reported each year in the U.S. and 95% of the population is immune to leprosy.

The founding member of Monty Python has been diagnosed with dementia. Terry Jones, 74, has Primary Progressive Aphasia, which is known to take away the ability to speak, write, and even understand words.